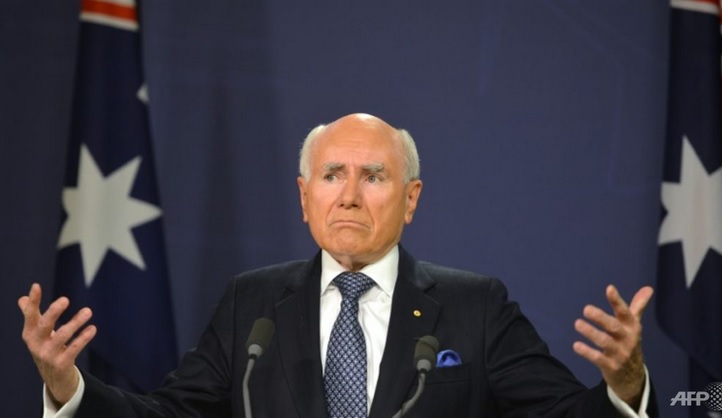 Former Australian leader John Howard Thursday (Jul 7) defended his decision to go to war with Iraq alongside the United States and Britain, saying it was justified at the time and there was “no lie”.

His comments follow an inquiry into Britain’s role in the conflict which found its then-Prime Minister Tony Blair took his country into a badly planned, woefully executed and legally questionable conflict in Iraq in 2003.

Howard, prime minister from 1996 to 2007 and considered with Blair to be George W. Bush’s staunchest ally in the US-led invasion, said he regretted the loss of life but stood by his decision.

“I believed that the decision to go into Iraq was justified at the time and I don’t resile from that because I thought it was the right decision,” he told a press conference in Sydney.

Asked whether he should offer an apology to military families, Howard said: “Obviously I am sorry for the wounds or injuries that anybody suffered. But if you’re saying to me do I apologise for the decision that I took, the core decision? Well, I defend that decision. Of course I defend it.

“I don’t retreat from it. I don’t believe, based on the information available to me, that it was the wrong decision. I really don’t.”

The long-awaited British Chilcot report found that Blair’s decision to join the invasion was taken before all other options had been exhausted and on the basis of false intelligence.

Launched with the stated goal of wiping out Saddam Hussein’s stores of weapons of mass destruction, the war aimed to enshrine a liberal democracy in the Middle East but instead unleashed sectarian violence and endless political disputes.

No weapons of mass destruction were ever found, undermining the basis for the conflict which left thousands of Iraqis and foreign soldiers dead.

Howard said there was intelligence that suggested the weapons existed before the invasion.

“There was no lie. There were errors in intelligence but there was no lie,” he said, adding that he respected Chilcot’s findings but did not agree with all of them.

Australia contributed about 2,000 troops to the US-led coalition from March 2003. No Australian military personnel were killed in action, although many were wounded and a handful died in accidents.