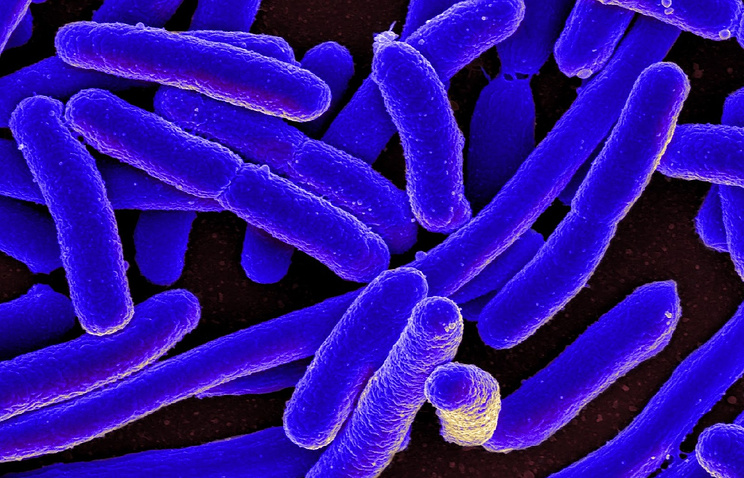 Russian scientists from the Skolkovo Institute of Science and Technology (Skoltech) have found new features of CRISPR-Cas system responsible for the immunity of bacteria. The results of this study will give a fresh look at the old model of CRISPR-Cas system functioning, Skotech press service said.

CRISPR stands for Clustered Regularly Interspaced Short Palindromic Repeats, which is referred to DNA fragment of bacteria where the similar sequences alternate with the unique parts. CRISPR is an important part of the system providing an acquired resistance against viruses where the unique sequences contain information about virus genes and Cas are enzymes which recognize foreign genes using CRISPR and destroy them. CRISPR-Cas is the bacterial adaptive immune system, a sort of database to keep the information about all viruses ever faced by bacteria. It allows bacteria to earn the resistance to viruses and to pass it to the offspring.

A piece of viral DNA by which the immune system of bacteria recognize viruses can be integrated into the bacterial genome and in the CRISPR in the process called adaptation. During the adaptation, the enzymes of bacteria integrate a small piece, the sample of viral DNA to CRISPR allowing enzymes of Cas to recognize and destroy the viral genes by these pieces. If bacteria is entered by viral DNA, the part of which is already stored in CRISPR, the proteins of Cas destroy it. If the foreign DNA is unknown to the bacteria, the adaptation takes places: the enzymes supplement CRISPR with the new piece of alien viral DNA.

Previous studies assumed that if a foreign DNA fully matches the sequence in a CRISPR cassette, there should be no adaptation, as the structural features of proteins responsible for acquisition of additional spacers are not able to deal with those spacers, which are absolutely the same as the ones already present in the bacterial genome.

In the new study, scientists from Skoltech have pointed out that this is not the case. They have studied the adaptation of coliform bacterium E. coli and found out that the acquisition of spacers from foreign DNA to the CRISPR does not occur exclusively because the destruction by Cas proteins is faster than the acquisition process. The researchers have changed the rate of chemical reaction during the destruction of foreign DNA and revealed that the acquisition of the spacer with fully-matching patterns not only goes in the same way as for new unknown patterns but also occurs 10 times more effectively.

The scientists suppose this discovery to be a great contribution to the understanding very important mechanism. The ability of CRISPR-Cas system to cut DNA and to integrate strictly defined fragments in it is now intensively applied for editing genome, in particular, human one.