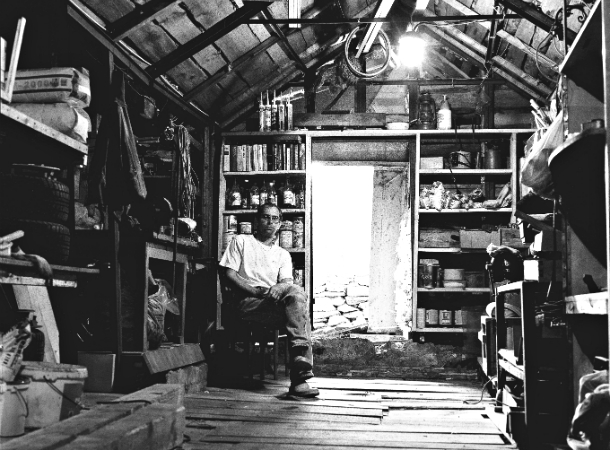 In Russia, the garage can be a facility for virtually anything from spare parts to smoked fish, from vodka to paving stones. A recent study tracked the expansion of the country’s unofficial business realm, which recalls the dynamics of Soviet times.

They are called Garazhniki, those who transform one of Russia’s many garages into something other than its traditional purpose of storage space and car parking.

The most conventional businesses that spring up in these small structures are auto repair shops and car washes. But there are also plenty of other activities, from sawmills and workshops to fur processing plants and barber shops. Some organize recycling centers for various metals and scraps; and others appropriate the space creatively for housing cattle and other domestic animals, setting up veterinary clinics and dog pounds.

Inside the garages, you might find the production of a variety of goods: from furniture, shoes and clothing to windows, doors and construction tools. Garazhniki will not only sharpen your knife for you, but can also assemble a tractor. You’ll find garage-offices, garage-stores, garage-cafes, garage-saunas, garage-dry cleaning … not to mention garages doing the work of bakeries, smokehouses, and miniature canning plants.

Garazhniki tailor their services to the current demands of the market. “Even microelectronics are now produced in garages,” says Alexander Pavlov of the Khamovniky research foundation, who has studied the garage economy. “But don’t hold your breath for technological innovation. You won’t meet a Russian Steve Jobs here. Primarily because garazhniki have different priorities: to survive, to feed their family and to raise their children.”

How is the “garage economy” organized? On the one hand, Russia’s regulations regarding garages are quite strict: four specific national codes, plus various regional norms and regulations.

But in reality, there is virtually no hands-on supervision, allowing the garage-building cooperatives to do as they please. Due to the lack of constraints most of these enterprises are not in traditional “box” garages, but in augmented and reconstructed garage spaces. There are garages that are three-stories high, lofts, cellars, garage-townhouses, and garage-“skyscrapers.” In Kazan, for example, in order to construct a single furniture shop, the garazhniki used an old garage cooperative and demolished six lots.

A typical row of Russian garages

The fundamental challenge for anyone participating in the “garage economy” is energy consumption. Sometimes, garazhniki arrange deals with energy companies and avoid industrial tax rates; others connect to an electricity supply through intermediaries; and some just steal it. But these are not the worst sins of our garage enthusiasts: the structures are also used as chop shops for stolen vehicles, manufacturing centers for counterfeit products, and even as drug dens. Though criminal activities are not part of the study, it is clear that the “garage economy” also has plenty of these dark shadows, while even the most respectable garazhniki tend to evade taxes.

In southern Russia – in cities like Anapa and Sochi – the garages are rebuilt as residential dwellings for tourists. Even Moscow has its share of these rentals, some palace-garages are valued as high as 2.5 million rubles ($38,000).

Local authorities are well aware of what is going on in their jurisdiction. “Usually they are left untouched” says Pavlov, “The authorities are satisfied with informal charges: for the neighborhood or the improvement of infrastructure. The real pressure accumulates when the authorities think the garazhniki are getting too rich.”

Leonid Kosals, a Russian economist, explains that the activities that take place in garage cooperatives today are an example of the evolution of Soviet institutions and practices. “In the USSR, cooperatives and workshops were essentially self-governed; the government only intervened when it deemed that they crossed the line,” Kosals said. “Today the garages are booming with autonomous economic ventures. This is primarily self-organization, with its own rules and sanctions for their violation.”