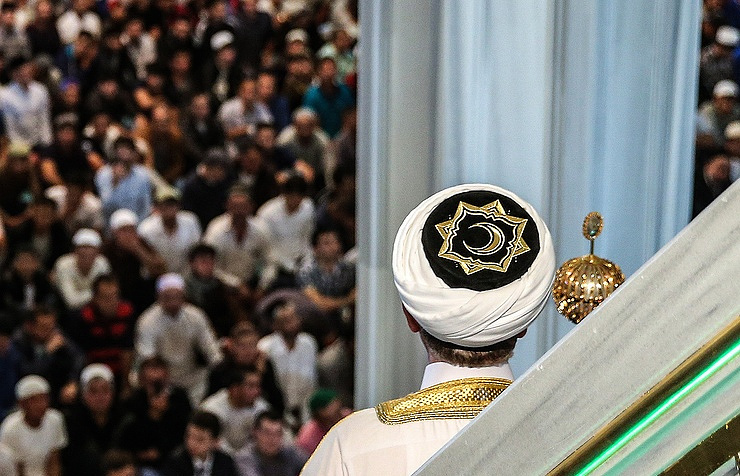 Russian President Vladimir Putin has congratulated Russian Muslims with Eid al-Fitr – a religious holiday that marks the end of the holy month of Ramadan, the Kremlin press service said on Tuesday (July 5).

“Russian Muslims, by relying on centuries-old religious, historical and cultural traditions, widely celebrate this holiday – both in their communities and with friends and family. During these days, people usually summarize spiritual achievements during the fast and attend to those who needs help,” Putin said.

“Today, we witness how fully the Russian Muslim Ummah lives: mosques are built, the Bulgarian Islamic Academy was founded, universities and madrasas are established, the system of Islamic education and Muslims’ pilgrimage to holy sites is being improved. Cooperation is expanded with muftis from CIS (Commonwealth of Independent States) countries and foreign coreligionists,” the Russian president continued.

Putin also noted the considerable contribution the Muslim community makes to developing inter-ethnic and inter-religious dialogue, to actively facilitating cooperation with state and public structures in matters of charity and education. “Such fruitful, multifaceted activities enjoy the support of the whole society, contributes to maintaining civil peace and accord in the country,” the president concluded.

“The month of Ramadan has ended – the time of spiritual purification and prayers, mercy and forgiveness. And one of the main Muslim holidays has come signaling the end of fasting. During these days, millions of people practicing Islam strive to do as many good things as possible, to show care and attention to friends and relatives,” Medvedev said in a congratulatory telegram published on the Russian government’s official website on Tuesday.

The prime minister noted that “Ummah in Russia makes a lot now for developing inter-religious dialogue, cooperating with state authorities, strengthening inter-ethnic accord in the country.” “Among things that deserve sincere respect is broad educational activities of authoritative religious leaders, thanks to which traditional values of Islam, culture and education are preserved, universities are opened, and new mosques are built,” he noted.