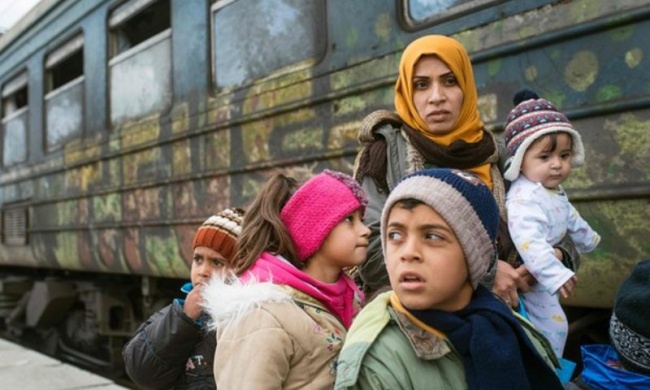 Hungary will hold a referendum on Oct. 2 on whether to accept any future European Union quota system for resettling migrants as Prime Minister Viktor Orban’s government steps up its fight against the EU’s migration policies.

Emboldened by Britain’s shock vote to quit the European Union, Orban is forging ahead with his own referendum which he hopes will give him a mandate to challenge Brussels. A massive pre-referendum campaign has already been underway.

Orban took an anti-immigration stance during the migrant influx to Europe last year. Hungary was the main entry point into the EU’s border-free Schengen zone for migrants travelling by land until Orban shut the Croatian and Serbian frontier.

President Janes Ader said in a statement posted on his office’s website on Tuesday that the vote will be about the following question: “Do you want the European Union to be entitled to prescribe the mandatory settlement of non-Hungarian citizens in Hungary without the consent of parliament?”

Hungary is already fighting an EU relocation scheme established during the height of the crisis last year, which will set quotas for each EU country to host a share of the migrants over two years. Along with Slovakia, Budapest has launched a court challenge against the plan.

But the EU is also discussing a change to asylum rules that would require member states to accept a quota of refugees or pay a penalty for them to be housed elsewhere.

Antal Rogan, Orban’s cabinet chief, said on Tuesday the flow of migrants had to be stopped.

“The Hungarian government asks Hungarian citizens to say no to mandatory resettlement and to say no to the immigration policy of Brussels,” Rogan told reporters. “Only Hungarians can decide with whom we want to live in Hungary.”

Rogan also said Hungary has doubled troops patrolling its southern border with Serbia, where 6,000 to 10,000 policemen and soldiers will be deployed from now on.

More than 17,000 migrants have crossed into Hungary illegally from Serbia so far this year, according to the government.

Rogan said human traffickers had begun to use drones to monitor the movement of Hungarian border patrols, adding Hungary would inform Serbian authorities about this.

Orban’s anti-immigration measures have been popular at home but criticised by rights groups. As of this month, a new law has taken effect which allows police to send back to Serbia illegal migrants detained within eight kilometres (five miles) of the border, drawing criticism from the U.N. refugee agency.