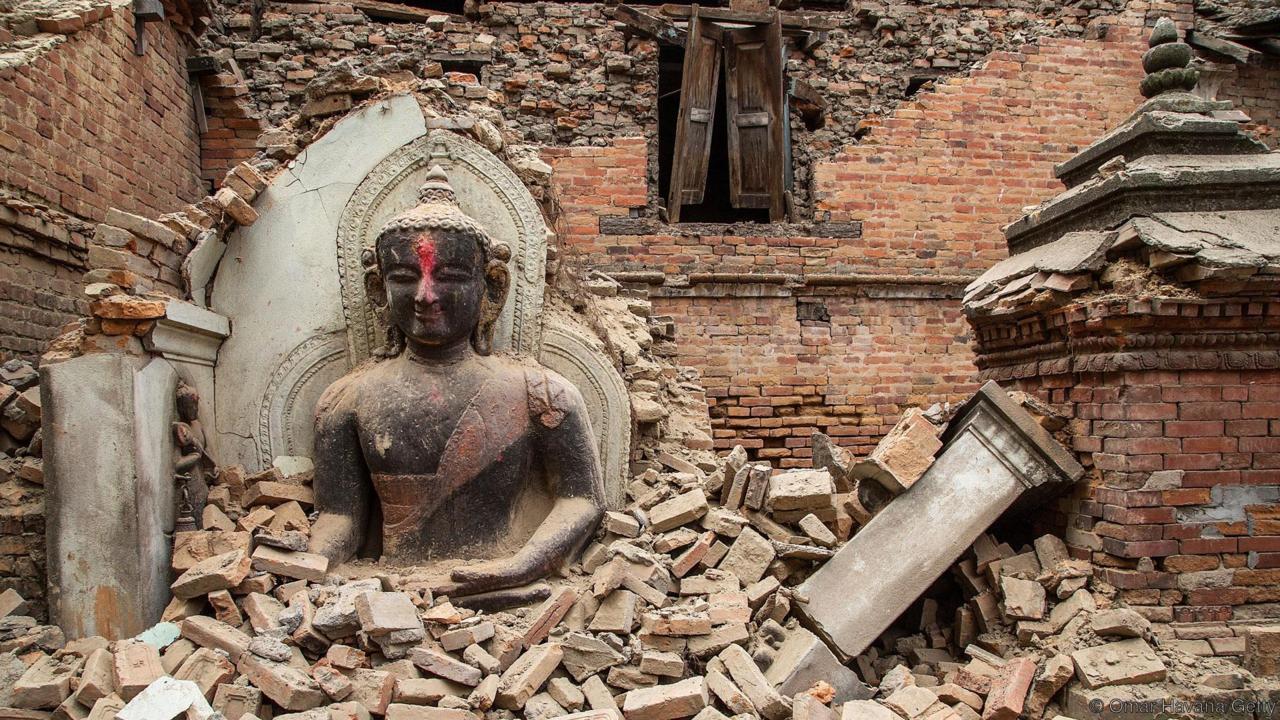 A file photo shows a Barpak villager with his son passing through a landslide as they trek up the mountain carrying a foam mattress, food and other goods to his village, between Baluwa and Mandre village in north central Nepal.

An overnight downpour sent mud and stones hurtling down the slopes of the hilly district of Pyuthan, burying two houses in two different villages around dawn.

The victims included a couple and their three daughters all aged under 10 in Rajwara village, while a family of three, including a seven-year-old girl, died in the nearby settlement of Puja.

“The dead bodies have been recovered (after) a rescue operation was carried out jointly by police and locals,” Rathod told AFP.

Another three people lost their lives in Gorkha district when a landslide slammed into a trail used by villagers on Tuesday morning, local police chief Birendra Thapa said.

“Two women who were 45 and 30 years old and a 15-year-old boy were confirmed dead… Three others have been taken to hospital for treatment,” Thapa said.

“The landslide was caused by heavy rainfall the day before,” he said.

Scores of people die every year from rain-triggered disasters – including floods and landslides – during the monsoon season in the Himalayan nation.

Heavy rains last week caused parts of a school to collapse in the capital Kathmandu, killing two pupils and injuring 24 others.