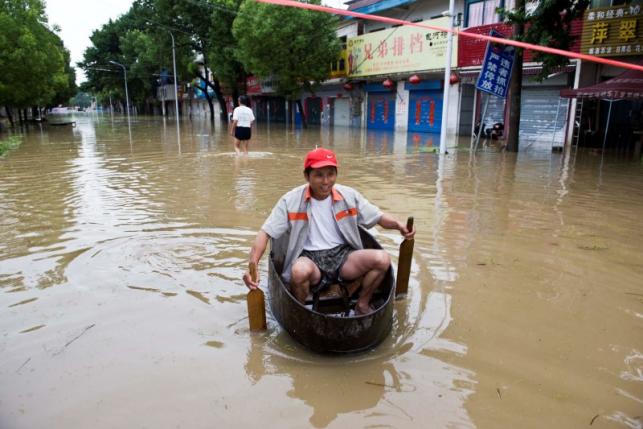 Rain, floods in China kill around 100 people, wipe out crops

Severe recent flooding across central and southern China has killed around 100 people, damaged more than 1.5 million hectares of cropland and led to direct economic losses of more than 20 billion yuan (2.27 billion pounds), the government has said.

Chinese Premier Li Keqiang traveled on Tuesday (July 5) to Anhui, one of the hardest-hit provinces, where he met residents and encouraged officials to do everything they could to protect lives and livelihoods. Li was also to visit Hunan province.

Heavy rainfall had killed 93 people across 11 provinces and regions and left 19 missing in the past four days, state news agency Xinhua reported late on Monday.

More than a million people were forced to evacuate their homes and relocate, it said.

The Ministry of Civil Affairs said on its website 1.34 million hectares of cropland had been damaged and another 157,800 hectares had been destroyed by Monday morning, resulting in direct economic losses of 20.43 billion yuan.

It was not clear how that would affect the summer grain harvest, which was expected to reach 140 million tonnes this year.

The stormy weather also took a toll on farm animals.

In the southern province of Hunan, torrential rain and flooding had forced more than 100 trains to stop or take detours since midnight on Sunday, Xinhua reported.

In one city, around 3 tonnes of gasoline and diesel leaked from a gas station early on Monday, contaminating floodwater that flowed into a nearby river, it said.

Water in 43 rivers in the middle and lower reaches of the Yangtze River had exceeded warning levels and patrols were monitoring dykes, Xinhua quoted Chen Guiya, an official with the Yangtze River Water Resources Commission, as saying.