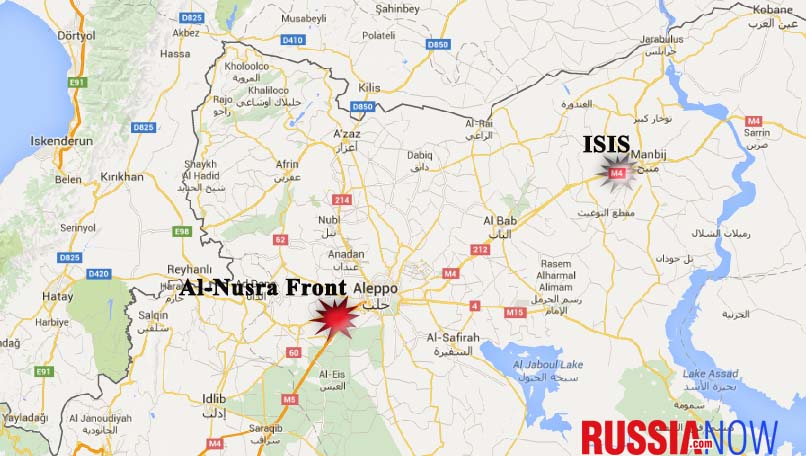 Russian Airstrikes to Hit Aleppo from Incirlik Turkish Air Base?

The Russian News Agency “Sputnik” mentioned today that “According to the Turkish Foreign Minister Mevlüt Çavuşoğlu, Russia might be allowed to use Incirlik Air Base”, adding that “Cavusoglu noted that Ankara could allow Russia to use the base to fight Daesh in the region”. The news was circulated in many news agencies and websites, until recently, opposing news was being shared all over social media and media outlets.

The Turkish Hurriyetdaily news quoted Çavuşoğlu as saying that he “he had not suggested that Turkey could open up its İncirlik Air Base to Russia, adding that Ankara was open to cooperating with Moscow in the fight against Islamic State of Iraq and the Levant (ISIL)”. So what is really happening? and what will happen if the Russian Airstrikes hit Aleppo from  Incirlik Turkish Air Base?

Cooperating with Russia to Fight ISIL
When asked if he had said Russian jets could use İncirlik, Çavuşoğlu said: “I did not make such a comment. We said that we could cooperate with everyone in the fight against ISIS [ISIL],” he said in comments following a cabinet meeting in Ankara.

“We said that we could cooperate with Russia in the period ahead in the fight against Daesh. I did not make any comment referring to Russian planes coming to the İncirlik Air Base,” the foreign minister added.

Some reports published on the Turkish media on July 4 suggested that Turkey was considering to allow Russian jets use the base in the southern province of Adana. The base is currently used by the U.S-led coalition fighting ISIL and has troops and jets from the United States, Germany, United Kingdom and Saudi Arabia.

“We will cooperate with everyone who fights Daesh. We have been doing this for quite a while, and we opened Incirlik base for those who want to fight terrorists. Why not cooperate with Russia as well on these terms? Daesh is our common enemy, and we need to fight this enemy.”

The Russian News agency TASS yesterday has quoted the Turkish Foreign Minister Mevlut Cavusoglu, as saying: “We’ll cooperate with all who is fighting against the Islamic State. We have opened the Incirlik base for all who want to join the active fight. Why not cooperate with Russia in this way?” he said.

The Turkish foreign minister said he had discussed the struggle against terrorism with his Russian counterpart Sergey Lavrov in Sochi on July 1, according to TASS. Russian News agency Pravda , and Russian News outlets Sputnik and RT have also published the news.

“Turkey is ready for such cooperation. Terrorism is our common enemy. The mechanism of joint fight is important to prevent negative incidents [among the sides fighting the Islamic State],” he said.

Two Russian military facilities – at the Hmeymim aerodrome and in Tartus – are still operational in Syria. The Russian military continue taking an active part in the fight against terrorist groups.

However, if the Russians hit Aleppo from Incirlik Turkish Air Base, they will be hitting Al Nusra front, which was categorized as a “terrorist organization” by Turkey a few days ago. With the Russian-Turkish cooperation, Russia is benefiting through destroying Al-Nusra, which now controls part of Aleppo, and the Syrian state controls the other part of it.
Turkey is benefiting through being excluded from all the talk about countries supporting terrorists. Erdogan’s first step was putting al-Nusra on the terrorism list, but will the second step be allowing the Russians to hit Aleppo from one of the most famous Turkish airbases?
While the Turkish foreign Minister is now denying having said that, in case it happened, the US will be obliged to cooperate on the military level with Russia, and not just keep talking about it with no implementation.
“Russia-Now” has known from various informed sources that “the decision has been taken regarding Aleppo”, and that the main reason behind Turkey’s decision or hinting about allowing the Russians to hit Aleppo from that airbase, is to “crack down the efficiency of the global coalition countering ISIS.”
Aleppo is a strategic location, and there is a strategic objective for it. It is more like the “economic capital” for Syria. It contained most of the most important industrial facilities, which were stolen and taken to various countries, including Turkey, during the Syrian crisis.
Both, Russia, and Aleppo, look forward to the economic benefit from Aleppo, and Turkey is also interested in Aleppo, for its symbolism; the mountains of Aleppo and Idlib are of great symbolism for the Turks.
While ISIS is still in Manbij at the moment, with the Kurds trying to enter Manbij and fight it, and with the lastest news of announcing the opening of the Turkish air base in front of the Russians, then denying it, there must be something happening behind all this talk. It indicates more cooperation, and a nearer solution, which would not happen as easily or as quickly, if it weren’t for the Turkish-Russian cooperation. So, will Russian airstrikes hit Aleppo from Incirlik Turkish air base?