Home » Manchet 2 » Exit and Live? Or Would You Rather Die? 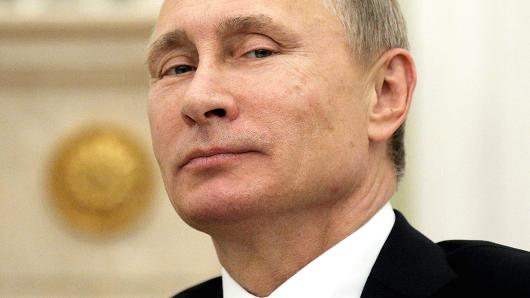 Exit and Live? Or Would You Rather Die?

Russian President Vladimir Putin prolonged the food embargo on Western countries until the end of 2017. This must have certainly seemed like a life preserver in Brussels. By taking this preemptive step, ahead of the EU formally legalizing continued sanctions over the Ukraine situation, the Russian president has offered the greatest assist to Europeans possible.

The original plan for leaving the sanctions regime was to couple sanctions on Russia with the Minsk II accords. This clearly failed. In truth, the plan was a genius stroke to begin with. Tying the sanctions Minsk was an attempt to justify and redirect sanctions away from the Crimea situation. Once the west realized Russia would never abandon the people of the peninsula, there was now valid way out of this economic disaster. Mr. Putin has now thrown the EU the sturdiest lifeline he can, while at the same time distancing Russia from any polemic argumentation within the EU community.

Now, with Putin’s help, there is no need to formulate a new European Commission bureaucratic focus group (or institution) every 6 months. Putin has given EU prime ministers time to solve their own political and agendas. In effect, Russia is stepping out of the arena to allow Europe to right itself.  It does not serve Russia’s purpose for the European principle to die, this is the essence of Putin’s gesture, but there are other implications.

First, for the Europeans, the re-emergence of populist right wing ideals in the EU can threaten Russia in the end. There is no need here to reflect on Nazism and Fascism from history. The point is, if the EU is broken by rightist views, conflict will ensue. However, if the moderate stance emerges dominant from all the Brexit and other “whoexit” fears, then long term cooperation may be established. This is really the only genuine “fix” for the current problems. The only lesson from history here, Mr. Putin already understands perfectly. Right now, the right supports Russia over left thinking idealists. As we saw before operation Barbarossa though, Hitler’s Germany feigned comradeship with the Russians too. The minds of the Kremlin will never again succumb to such naivety.

Secondly, American interests cannot be ignored in all this. As we have seen, strategies in the west have vested almost unlimited resources of all kinds, in order to subdue the Russian traditionalists. Mr. Putin’s embargo decision sends a very clear message. Sanctions, while painful, can be overcome by Russia. He also sends the message, that if Europe is to be the battleground “again”, putting 50,000 Europeans out of work is a small price to pay for diffusing any American leadership’s plans. Interestingly, it seems Putin’s greater scheme is to strengthen Europe in the mid to long term. Even if Putin appears to be wearing the black hat much of the time, opinion to the contrary grows.

For Russia and Russians, because these sanctions caused an internal focus by Russian leadership, Mr. Putin’s overall strategies for a new Russia become clearer. Given the necessity and reality of Russia’s distinctive situation, the idea sanctions would help Russia are validated now. In short, Russia has become stronger because of these pressures, and Mr. Putin has now verified this. The sanctions give Vladimir Putin opportunities he cannot afford to miss, not if building a “Third Way“ is the mission.

In conclusion, Vladimir Putin has illustrated continually his superior grasp of détente and geo-strategic mechanisms. But more importantly for Russians, his country’s emergence is at hand even withstanding a never-before heard of economic assault. Magnanimous is a term seldom applied to leaders in this day and age. It seems fair to characterize Putin in using it though. Attacked from all sides, besieged with ever conceivable weapon, and Russia’s leadership is somehow still hesitant or unforced to counter-attack. Instead, facing an imminent election, Vladimir Putin does the right thing, no matter how unpopular, before his people. This is unheard of, and it send yet another message. Putin and his team will retire when they are  “allowed” to, by the Russian people.