Home » Manchet 2 » US State Department “was aware” of Suicide bombing near US consulate in Saudi??! 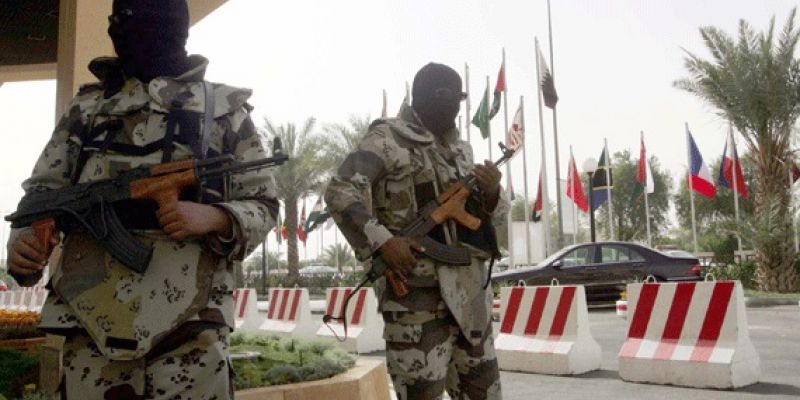 US State Department “was aware” of Suicide bombing near US consulate in Saudi??!

A suicide bomber blew himself up near the United States consulate in Saudi Arabia’s Red Sea city of Jeddah in the early hours of today, the interior ministry said. For its part, the US State Department also said it was aware of the explosion in Jeddah and it was working with Saudi authorities to collect more information. No one has yet claimed responsibility for the attack.

On the 4th of July

Security officers became suspicious of a man near the parking lot of Dr Suleiman Faqeeh Hospital, which is directly across from the US diplomatic mission.

When they moved in to investigate “he blew himself up with a suicide belt inside the hospital parking” at around 2:15 am (2315 GMT Sunday), the ministry said, adding that two security officers were lightly injured.

A picture carried by the Sabq online newspaper, which is close to authorities, appeared to show a large body part lying on the ground between a taxi and the open door of another car, peppered with shrapnel holes.

The blast happened shortly before the dawn prayers after which Muslims begin their daily fast during the holy month of Ramadan. Saudi state news channel Al-Ekhbaria said there was a mosque nearby.

The incident occurred on July 4, which is the American Independence Day holiday.

Investigators are trying to identify the culprit, the interior ministry added.

In Washington, a State Department spokesman, who declined to be named, said: “We are aware of reports of an explosion in Jeddah and working with Saudi authorities to collect more information.

“We can confirm that all personnel under chief-of-mission authority are accounted for at this time.”

US State Department was aware of the explosion

An investigation was ongoing, and some people were being questioned for their suspected links to the attack, security sources told Al Jazeera.

In a statement, the US consulate said there were no casualties or injuries among its staff, adding that it and the US embassy were in contact with Saudi authorities investigating the incident.

The US State Department also said it was aware of the explosion in Jeddah and it was working with Saudi authorities to collect more information.

Since late 2014 Saudi Arabian security officers and minority Shiites have been hit by deadly violence claimed by the Islamic State group.

In March last year the US embassy closed its main office, as well as consulates in Jeddah and Dhahran, for a few days over unspecified “security concerns”.

The interior ministry said four suspected jihadists died — two by blowing themselves up — during a raid east of Jeddah in May of this year.

One of the suspects was sought in connection with the suicide bombing of a mosque inside a Saudi special forces compound in the southwestern city of Abha last August. Fifteen people died.

He was also wanted over an October suicide blast that killed two at an Ismaili Shiite mosque in the southern city of Najran, and the February shooting of a retired security officer in the Jazan region.

Another suspect killed in the May raid was sought for suicide bombings at Shiite mosques that killed 25 people in May and June last year in the kingdom’s east.

Police said he was also involved in the November 2014 shooting of seven Shiite worshippers, which began the series of attacks allegedly linked to IS in the Sunni-dominated kingdom.

Abu Bakr al-Baghdadi, leader of the IS jihadists which have seized territory in Iraq and Syria, has reputedly called Saudi Arabia’s Sunni rulers “apostate tyrants” and called on Saudis to rise against them.

The Sunni extremist IS group also considers Shiites to be heretics.

Saudi Arabia has carried out air strikes as part of a US-led military coalition against IS in Iraq and Syria.