Home » Press » Azerbaijan was soviet 30 years ago, now it is “Iraq under Saddam Hussein” – interview 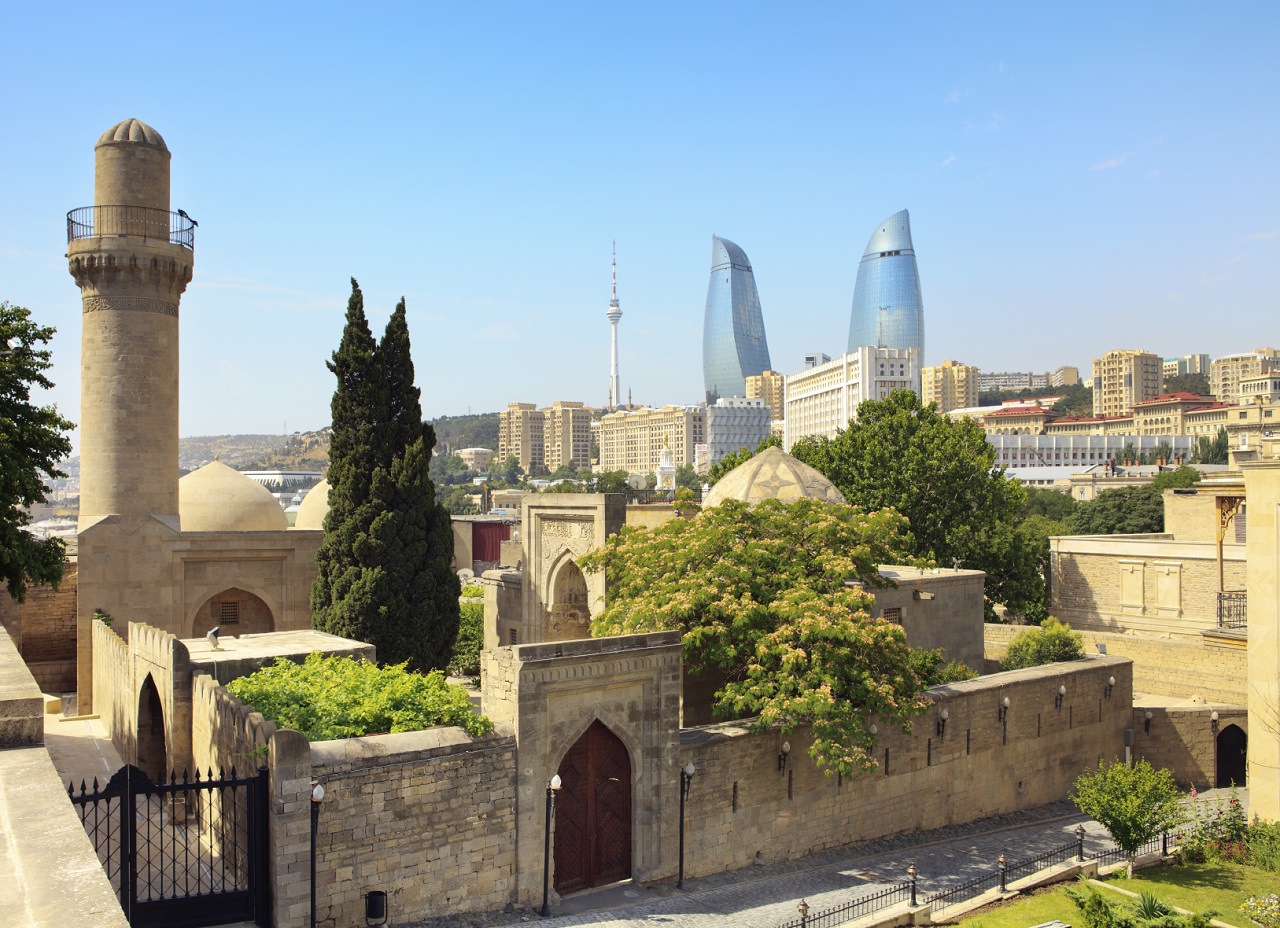 Azerbaijan was soviet 30 years ago, now it is “Iraq under Saddam Hussein” – interview

After the April flare up, the situation in the Nagorno-Karabakh conflict zone is relatively peaceful. Official reports of the defense ministries say the sides generally observe the ceasefire unlike early April when there were severe clashes on the frontline, as tanks, artillery and rocket systems were used. The April clashes showed that there is still military balance in the region. What will the current economic, demographic and social tendencies in Armenia and Azerbaijan lead to? How does the war affect the public and political regimes in Armenia and Azerbaijan? EADaily’s correspondent speaks about these and other questions with Georgi Derluguian, a historian and sociologist.

There is a stalemate, indeed. There are tectonic plates – Azerbaijan and Armenia. They are balancing each other. So far, there will be nothing on either side. I am speaking about a long-term plan. As for demography, economy and other indicators, no breakthroughs are expected there either. Considering the advanced weapons of sides and the small theater of hostilities – Karabakh is a small territory – the regular army and not large-scale manpower mobilization will be enough to observe the current military parity. The April war showed that no serious shifts are possible. There is a stable stalemate. The publics of the conflicting sides are rather mobilized and will not let their leaders make plots or separate deals behind their back. It is like a chess game – a situation when a move is impossible.

May the rules of the game be changed?

They may, if the world distribution of power is changed. We often speak about multi-polar world. In fact, it is a chaos of the system. This means that there is no longer the master. We often complained that the Big Powers wage a Big Stick Policy, but it was thanks to that policy that there was some order in the world. Now, after the collapse of the Soviet Union, Russia has suffered big geopolitical losses. It has problems in its relations even with the post- Soviet countries, where it is trying to return to. Turkey has its own problems, both with its allies and inside the country. Europe has faced a severe refugee crisis and economic development problems. It has faced a dilemma of either pumping money into Southern Europe or demanding them to repay their debts. Will it lead to a collapse of the European Union? They have their own problems and nowhere to move.

As for U.S., it has just lost two ambitious wars in the Middle East. What is Iraq now? The patient died during surgery. They failed to transform the country into something like Germany and Japan after the World War II. The country has been simply ruined. These is no longer money for other big operations. Therefore, it is unlikely that someone will deploy its troops to Karabakh as early as tomorrow. Yet, the global policy is unpredictable. Experts are like meteorologists there. We can see some danger in the horizon. There are thunderstorm clouds, but the most difficult is to predict when the thunder will begin and how intensive it will be. It is very hard to say when it will rain, in an hour or three, or whether it will rain or hail. This depends on a range of specific phenomena. The same applies to the Karabakh conflict. Yet several years ago, before the April developments, it was clear that Azerbaijan would revenge, but it was hard to say when and how it would do it. War is important to the conflicting parties. This is a ‘forming’ phenomenon. “War made the state, and the state made war,” Charles Tilly famously suggested. The Soviet Union, Soviet Army, KGB, the soviet school education were established after the WWII. The Islamic Republic of Iran exists not because there is ayatollah there, but because there was a war against Saddam’s Iraq. It was a huge war, wherein Iran suffered big casualties. And, the Vietnam War became a crucial factor for U.S., indeed.

How does the war affect Armenia?

In early April in Karabakh, there was a clash between Azerbaijan with its high technology, and Armenia with their, frankly speaking, low technology. Armenian fighters were sitting in trenches and doing their part. They needed trenches and they dug them. The population has work skills and comprehending of what they are doing and why. However, there are discrepancies between the rich and poor. This is important, as it undermines the national solidarity and casts doubt on the financing of the army. This is democratization. This is not only about the policy of the country, but also about who is responsible for that policy. Armenia is in a less favorable economic and demographic state, so it has to be more organized. God loves Armenians and he did not give them oil. The country needs workplaces, as factories are idling and the male population has nothing to do but drive a taxi. Diaspora should be engaged in the country’s life. The war makes the country behave “as a state.” The war makes the government to govern.

What about Azerbaijan? How does war affect the public and the ruling regime?

I do not know. No one knows. I am afraid, even in Azerbaijan they do not know. What is the most dangerous in this conflict is that racism has emerged on both sides, and in Azerbaijan more than in Armenia and Karabakh. A generation of young people in Armenia has grown who did not see Azerbaijanis and the vice versa. During the first Karabakh war, the sides exchanges captives. An Armenian colonel could contact the Azerbaijani colonel on the radio. They could greet each other in their native languages, understand each other and agree on the local ceasefire. Sometimes, they could even play chess. Now, this is hardly possible. It was the heritage of the Soviet Union.

A question arises as to how deep the racism-based national mobilization is there and how to settle it down. It is turning into an independent factor restricting the country’s leadership. In such situation, the so far authoritarian regime in Azerbaijan can deter war. This is trap for the dictator. If he resorts to war and suffers defeat, he will be overthrown. If he resorts to war and wins it, new heroes and generals will emerge. So far, Ilham Aliyev is masterly playing the “neither peace nor war” game. There will not be a big war, as Aliyev cannot afford it, unless the public presses him and he turns desperate and simply wants to blow everything up. I think such moment will not happen. The current tensions are directly connected with the oil prices. They have spent money on army and made boast of it for many years. Now, it is time for them to show what those financial resources were spent on and what they have achieved.

No one can say what in fact is happening in Azerbaijani society. It is a country where no one can arrive in freely and conduct surveys. That country was soviet 30 years ago, now it is rather Middle East, or, more precisely, “Iraq under Saddam Hussein.” We see only the official and well-paid side of the reality. No one knows how effective it is and what is behind that.

You have mentioned the Middle East. Many citizens of Azerbaijan and even Georgia are involved in the bloodshed in Syria and Iraq where armed Islamic groups operate. Armenians are also involved in that, but those are the local Armenians, who have to defend their homes. How do the developments in the Middle East affect the South Caucasus, in general, and the Karabakh conflict, in particular?

In no way. Yet. We are on another “continent.” This continent was established by the Soviet Union and by the Russian Empire prior to it. Therefore, Armenia, Azerbaijan, and Georgia tilt to Europe rather than to the Middle East, unlike Turkey. The border of Europe was once laid just in this way. I think, Azerbaijan is still well protected against the Middle East processes and avoids being involving in them. That is why Baku can establish good relations with Israel.

Generally, the region (the Transcaucasia – editor’s note) is not involved in the Middle East “theater” of geopolitics and civilization. It is close to the Middle East geographically, but fortunately between “the Islamic State” (a terrorist organization banned in Russia – editor’s note) and Armenia there is Turkey. Iran is our other neighbor; though from Yerevan to Iraq’s Mosul there are some 400km on the straight. I think the statements that IS has a big influence on our region is mostly speculation. Islamism is a powerful factor of social protest, indeed. It makes one feel himself as part of something huge, but it is quite different driver. It is not relevant for Armenia. I think it is not relevant even to Azerbaijan. First, there is a very strong cultural barrier in Azerbaijan, as they knew about Islam very little. Second, Azerbaijan is a country with a Shia majority. On the other hand, it is a secular state that suppresses such sentiments intensively.