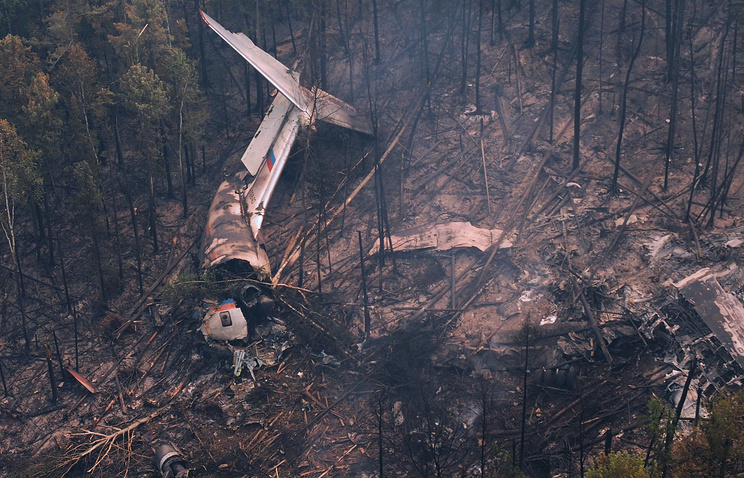 The Interstate Aviation Committee has confirmed the crash of an Ilyushin Li-76 plane in the Irkutsk region and the death of its crew.

“An accident with the Russian emergencies ministry Il-76TD RA-76840 plane took place on July 1, 2016 in the Irkutsk region’s Kachugsky district. According to latest information, all ten crew members died, the plane is completely destroyed,” the committee said in a press statement posted on its website on Sunday.

In line with the Russian air laws, the committee set up a commission to probe into the accident that began its work on July 2.

The crashed plane was based at the Ramenskoye airfield outside Moscow. Members of its crew lived in the Moscow region. Radio contact with the Il-76 plane which took part in extinguishing large-scale wildfire in Siberia was lost early on Friday. A ground team of rescuers found the crashed plane lying on a hill slope south of the settlement of Rybny Uyan in the Irkutsk region.

The bodies of the plane’s crew members will be taken to Irkutsk on July 4 for forensic and genetic studies. Monday has been declared a day of mourning in the Irkutsk region.

Russian Emergencies Minister Vladimir Puchkov said earlier on Sunday, families of each of the crew members will be paid 1.7 million roubles (about 26,600 U.S. dollars) in insurance indemnity and one million rubles (15,650 U.S. dollars) from the emergencies ministry.