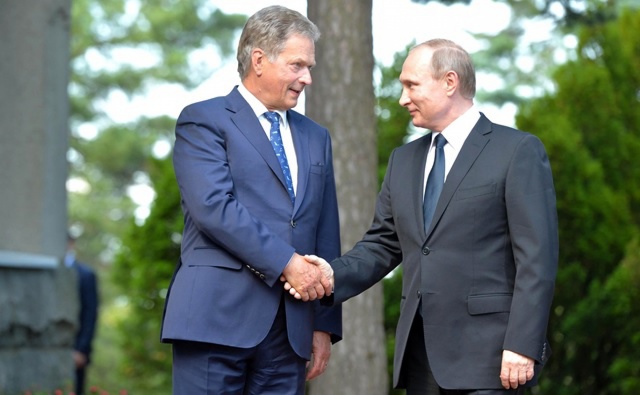 The responses and speeches given by Russian president Vladimir Putin during his visit to Finland paint a contradictory picture of Finland, according to researcher Hanna Smith from the University of Helsinki.

“On one hand it seemed that Finland is a partner and cooperator with Russia, and that the two countries have a great deal of common ground,” Smith says. “But on the other Putin gave the impression that Finland is capitulating to various international organisations such as the EU and Nato, and is unable to make independent decisions.

“These are the two conflicting images that Russia chooses between as it sees fit.”

Differing views were also expressed at the Kultaranta meeting over the causes of the Baltic Sea’s current security environment.

“Opinions also differed on what instigated the Ukraine crisis, the occupation of Crimea and later the war in Ukraine. Finland and Russia are also at odds over what it means to be a member of the EU and Finland’s standing therein,” Smith says.

Reuters also picked up the news of president Putin’s visit.