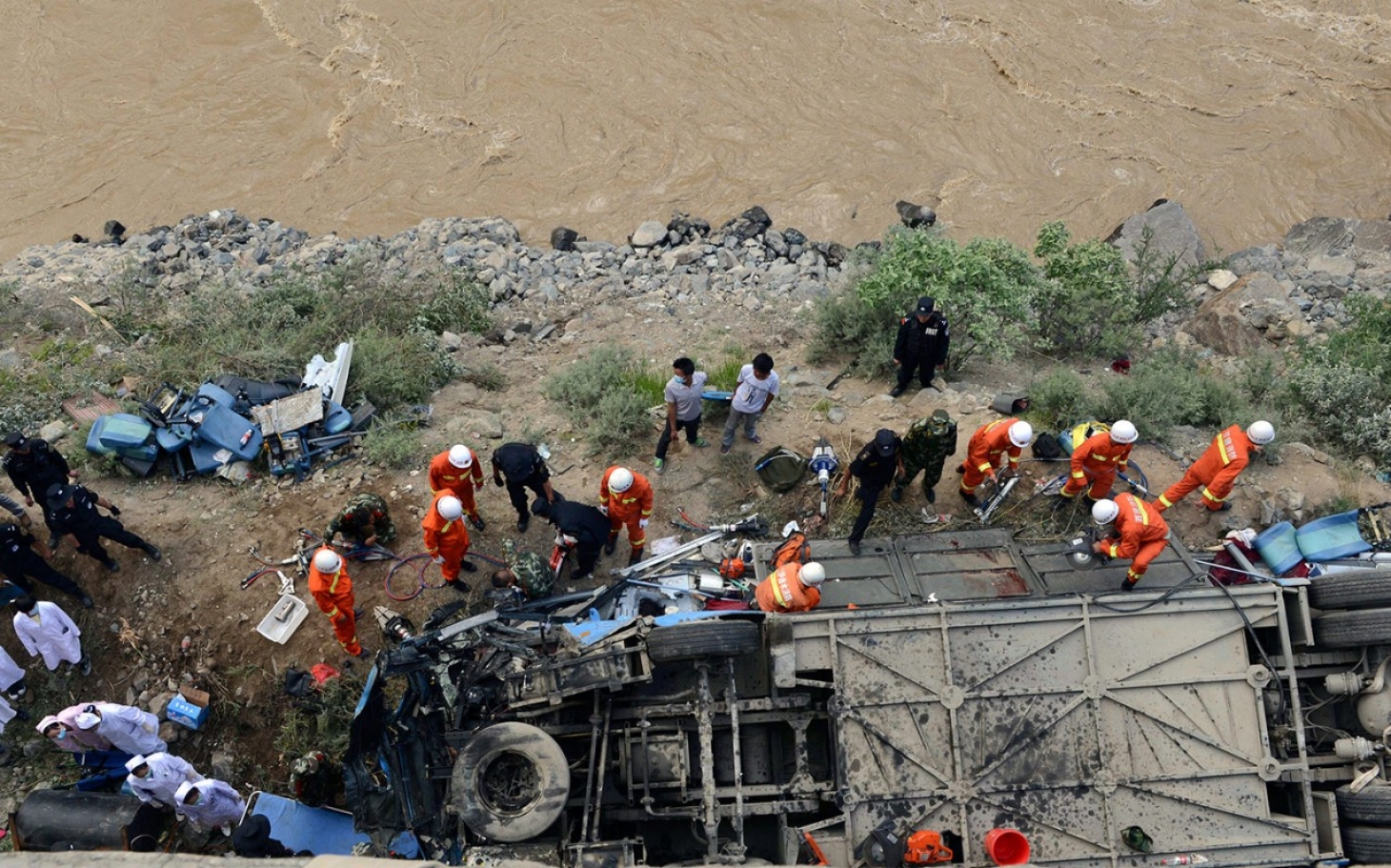 A bus accident in north China killed 26 people and injured four when the coach crashed through a highway guard rail and plunged into a canal, state media reported Saturday (Jul 2).

Images of the scene of Friday’s accident showed rescue workers pulling bodies from a coach submerged in deep water below an expressway near the northern port city of Tianjin.

The long-distance coach was carrying 30 people from northern Hebei province to the northeastern city of Shenyang, the official Xinhua news agency reported.

The vehicle crashed when a tyre blew out and the driver lost control, it said, sending the bus over the edge of the road.

The accident occurred days after a bus burst into blames in central China’s Hunan province, killing 53 and injuring 11.

Traffic accidents are common in China, with more than 250,000 people dying each year on the country’s roads, according to the World Health Organization.

Long-distance coaches are a popular cheap mode of travel between cities and competition between transport firms can be fierce.