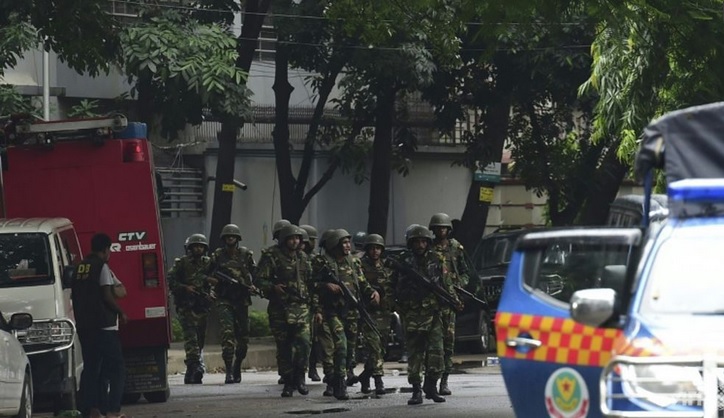 Bangladesh Prime Minister Sheikh Hasina said on Saturday (Jul 2) that 13 hostages were rescued from a besieged cafe in Dhaka on Saturday, but some had been killed.

In a television broadcast, Hasina said six gunmen had also been killed and one had been captured alive in a dawn raid on the cafe by Bangladeshi commandos.

Hasina said she was determined to eradicate terrorism in Bangladesh Saturday after security forces stormed a cafe where Islamist extremists had taken dozens of diners hostage.

“It was an extremely heinous act. What kind of Muslims are these people? They don’t have any religion,” she said in a televised speech.

“People must resist these terrorists. My government is determined to root out terrorism and militancy from Bangladesh.”