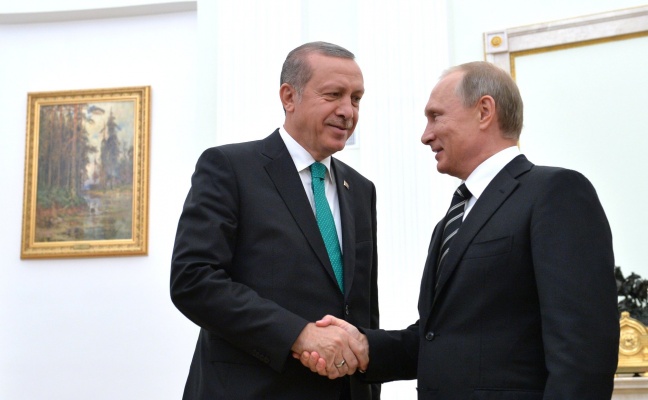 Erdogan ready to meet with Putin before G20 summit

Turkish President Recep Tayyip Erdogan is ready to meet with Russian President Vladimir Putin in August in Sochi before the G20 summit in China due in September, Turkey’s Foreign Minister Mevlut Cavusoglu said on Friday (July 1).

”We discussed how to return to the relations after the November 24 incident, we discussed a whole range of issues of relations, trade and the meeting of prime ministers and foreign ministers. This was a very friendly atmosphere,” Cavusoglu said.

“We are considering the meeting of leaders in Sochi in August, Erdogan is ready to meet before the G20 summit,” he said.

Cavusoglu later told Turkey’s journalists in Sochi: “The presidents have confirmed the plans to meet in the framework of the G20 summit in China. But our president also expressed his wish to hold talks before the trip to China.”

“We are working in this direction, we will hold the necessary consultations between the bodies at various levels to prepare such a meeting,” he said, adding that “Russia will be the hosting party.”

Kremlin spokesman Dmitry Peskov told reporters earlier on Friday that the meeting of the Russian and Turkish presidents may be held before the G20 summit in China.