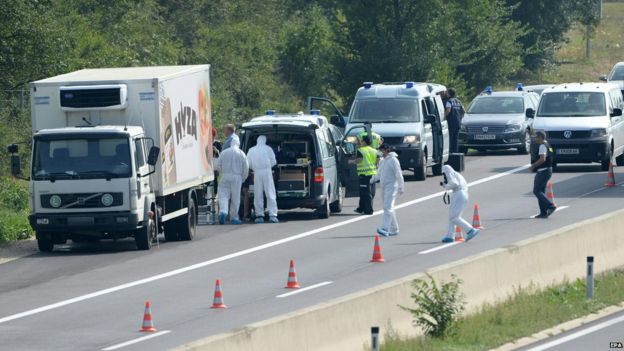 Hungarian prosecutors have charged two Romanians with human trafficking, saying they tried to smuggle more than 100 migrants from Hungary to Austria in a lorry last June but left them trapped in the summer heat.

One of the men was also charged with attempted murder and excessive cruelty against several people, including children, a statement from Csongrad county prosecutors said on Friday (July 1).

The two men squeezed at least 106 illegal migrants into a lorry near the Hungarian village of Morahalom close to the Serbian border in late June 2015, the prosecutors said.

The migrants were crammed in a space of 10 square metres, with no ventilation. A few minutes after departure, they started banging on the locked doors.

The two men left them to their fate shortly after departure, and drove off in another car towards Romania, without opening the locks. The prosecutors said the migrants managed to escape only after they forced open one of the doors.

“There were children and babies as well inside the lorry … the people could have died within 20-25 minutes after departure,” the prosecutors said.

“The doors could not be opened from inside, and several people had already fallen unconscious and were in a life-threatening state due to the lack of oxygen,” they added.

The two men are currently in detention and the Szeged court will rule in the case.

In August 2015, 71 people were found dead in an abandoned refrigeration lorry in Austria. The refugees had been crammed in the lorry and suffocated.