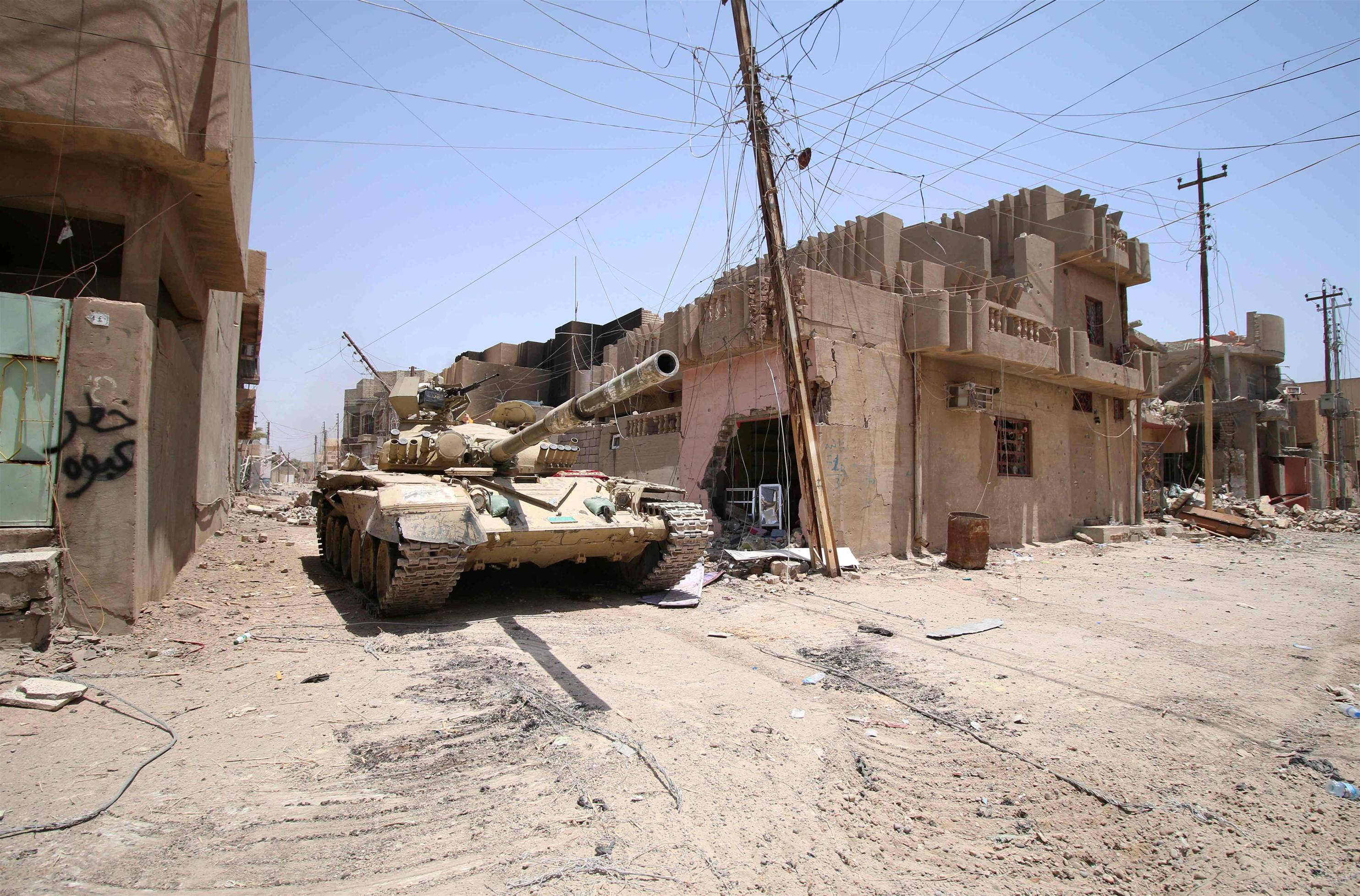 Iraqi commanders said on Thursday (Jun 30) that Islamic State group fighters fleeing their once emblematic bastion of Fallujah had taken a heavy toll from strikes by both Iraqi and US-led coalition aircraft.

An Iraqi police force vehicle pictured in a damaged street in Fallujah on Jun 28, 2016, after Iraqi forces retook the city from the Islamic State group.

They said at least 260 vehicles were destroyed and 150 militants killed in strikes that began late Tuesday as routed jihadists attempted to leave their last positions west of the city in huge convoys.

“Our heroes in the military aviation destroyed more than 200 vehicles,” Yahya Rasool, the spokesman of the Joint Operations Command coordinating the fight against IS, said.

The ministry of defence released aerial footage showing dozens of vehicles being taken out.

Rasool said commandos had also seized large quantities of weapons and ammunition. He said at least 150 IS militants were killed in the strikes, although it was not clear how the dead were counted and identified.

Rasool was referring to a first series of strikes on a massive convoy of several hundred vehicles heading south of Fallujah toward the desert, apparently to areas IS still controls near the border with Syria.

At least another 60 IS vehicles were destroyed later by air strikes conducted by Iraqi and US-led coalition aircraft on a convoy heading northwest of Fallujah, Anbar Operations Command chief Ismail Mahalawi told AFP.

He could not provide an estimate for the number of IS fighters killed in those strikes.

“This is a desperate attempt on the part of the terrorists to flee to their areas in Al-Qaim near the Syrian border and Tharthar,” Mahalawi said.

Tharthar is a lake north of the Euphrates surrounded by desert through which IS fighter still have lines to reach Mosul, the country’s second city and their last remaining major Iraqi hub.

Iraqi forces have retaken full control of Fallujah, a longtime jihadist bastion just 50 kilometres (30 miles) west of Baghdad, after a vast operation that was launched in May.

After tough battles to breach IS defences in south Fallujah, elite Iraqi forces conquered the rest of the city with relative ease.

They took full control of the city on Sunday after IS fighters abandoned the Jolan neighbourhood without firing a shot in anger and retreated to rural areas to the west.

The account of the air strikes provided by the JOC suggests IS fighters had no other choice but to attempt a suicidal convoy, which they knew would leave them exposed to air strikes.

According to Rasool and other military sources, the first strikes broke up a massive initial convoy that stretched several kilometres (miles).

Some left their vehicles and hid in a spot which was subsequently struck by Iraqi aircraft, resulting in a very high death toll, he said.

Fragments of the convoy were able to move on and some more vehicles were destroyed in subsequent strikes.

“We achieved a great victory by killing dozens of militants and the leaders of this organisation who tried to flee after their defeat,” Rasool said.

The JOC said that the majority of the strikes were carried out by Iraqi aircraft and that US-led coalition warplanes joined the operation later.

Speaking from the scene in a video released by the defence ministry, the head of Iraq’s army aviation said many of the militants killed were foreigners.

“Most of them were foreign fighters who refused to surrender to our forces” during the Fallujah operation, Lieutenant General Hamed al-Maliki said. “They left corpses in the desert and took some of the wounded with them,” he said.

It was not immediately clear whether some IS militants were able to survive the aerial onslaught and reach their strongholds near Syria.

The strikes appear to spell the end of fixed IS positions in eastern Anbar province, further shrinking the “caliphate” the group proclaimed over large parts of Iraq and Syria two years ago.

After losing the provincial capital Ramadi, as well as the towns of Hit and Rutba, defeat in Fallujah means the jihadist footprint in their traditional stronghold of Anbar is limited to areas near the Syrian border.

Iraqi forces are now training their sights of Mosul and pressing simultaneous operations from the south and the east of Qayyarah, a town in the Tigris valley they want to use as a launchpad for a fully-fledged offensive on IS’s de facto Iraqi capital.