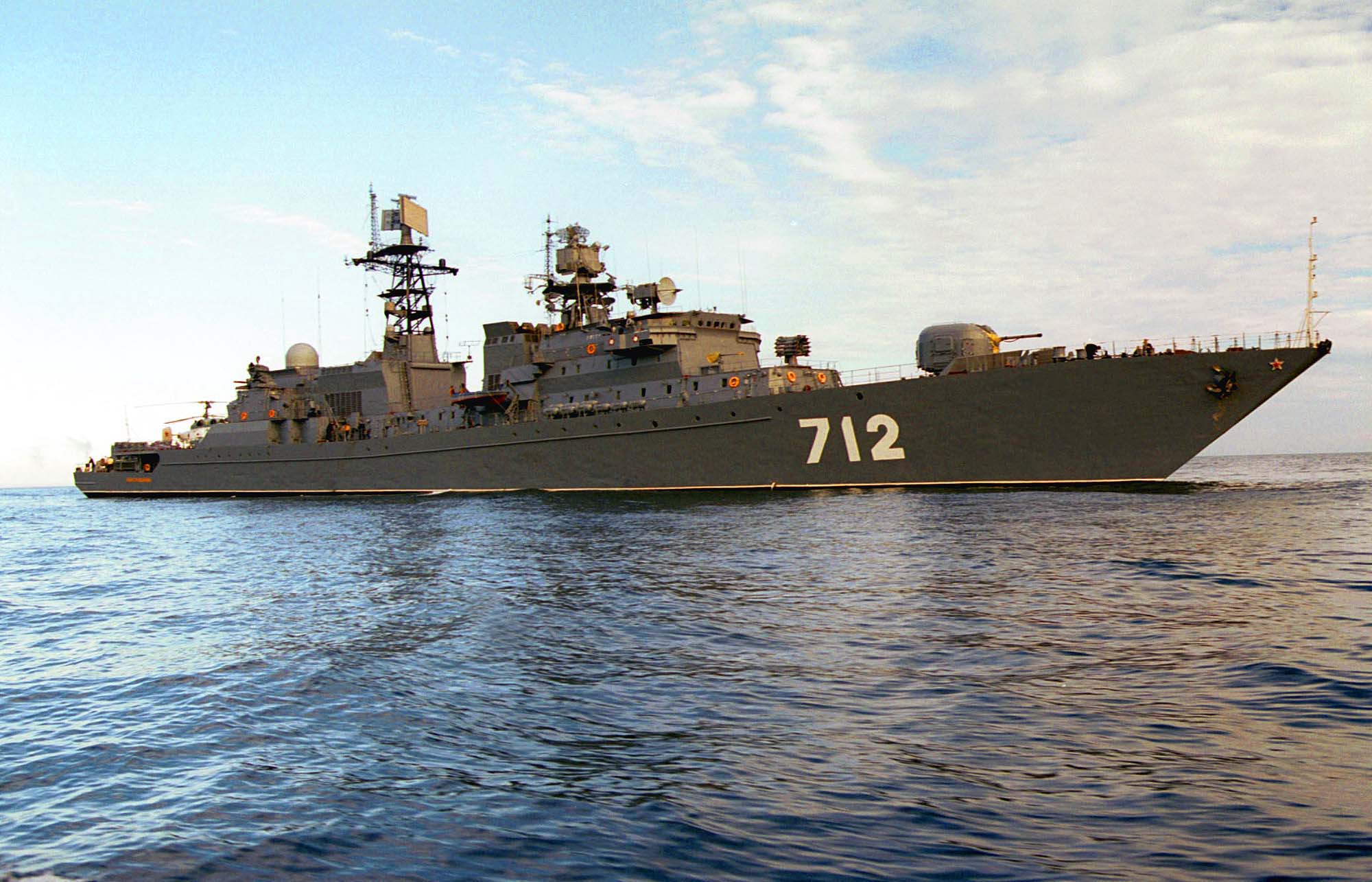 The United States on Wednesday (June 29) accused Russia of deliberately displaying the wrong naval signals and interfering with a U.S. aircraft carrier in the Mediterranean Sea, in the latest salvo about a June incident that both countries blame on each other.

The Russian destroyer Neustrashimy enroute to Somalia crosses the Suez Canal waterway at the south gate, about 100 km southeast of Cairo, October 21, 2008.

Captain Danny Hernandez, spokesman for U.S. European Command, said the Russian warship Neustrashimy (FF 777) conducted unsafe and unprofessional maritime manoeuvres, which could have led to miscalculation, injury or even death.

A number of Cold War-style incidents have occurred at sea and in the air in recent months, with the militaries of Russia and the United States accusing each other of dangerous actions in international waters and airspace.

“This most recent incident comes on the heels of other unsafe air and naval incidents on the part of the Russian military,” Hernandez said in a statement to Reuters.

He said such action had the potential to unnecessarily escalate tensions between the countries.

Russia and the United States blame each other for unsafe manoeuvres in the June 17 incident which occurred less than two weeks after officials from the two countries met in Moscow to discuss ways to avoid incidents at sea.

The Russian Defence Ministry said a U.S. destroyer approached dangerously close to a Russian ship, in what it said was a flagrant U.S. violation of rules to avoid at-sea collisions.

A U.S. official countered that the Russian ship carried out “unsafe and unprofessional” operations near two U.S. ships.

On Wednesday, Hernandez said the Russian ship raised the “ball-diamond-ball” signal on its mast when it was two nautical miles away from the USS Gravely, a U.S. destroyer operating in the Mediterranean with the USS Harry S. Truman aircraft carrier.

That combination of simple geometric shapes is used to indicate that a ship’s ability to manoeuvre is restricted.

Hernandez said the Russian ship manoeuvred to get closer to the Gravely, changing course and speed as the U.S. ship did, which he said showed it was not in fact restricted in its ability to manoeuvre, and was thus intentionally displaying a false international signal.

As a result, he said, the U.S. destroyer believed the Russian ship was intentionally trying to interfere with Harry S. Truman operations.