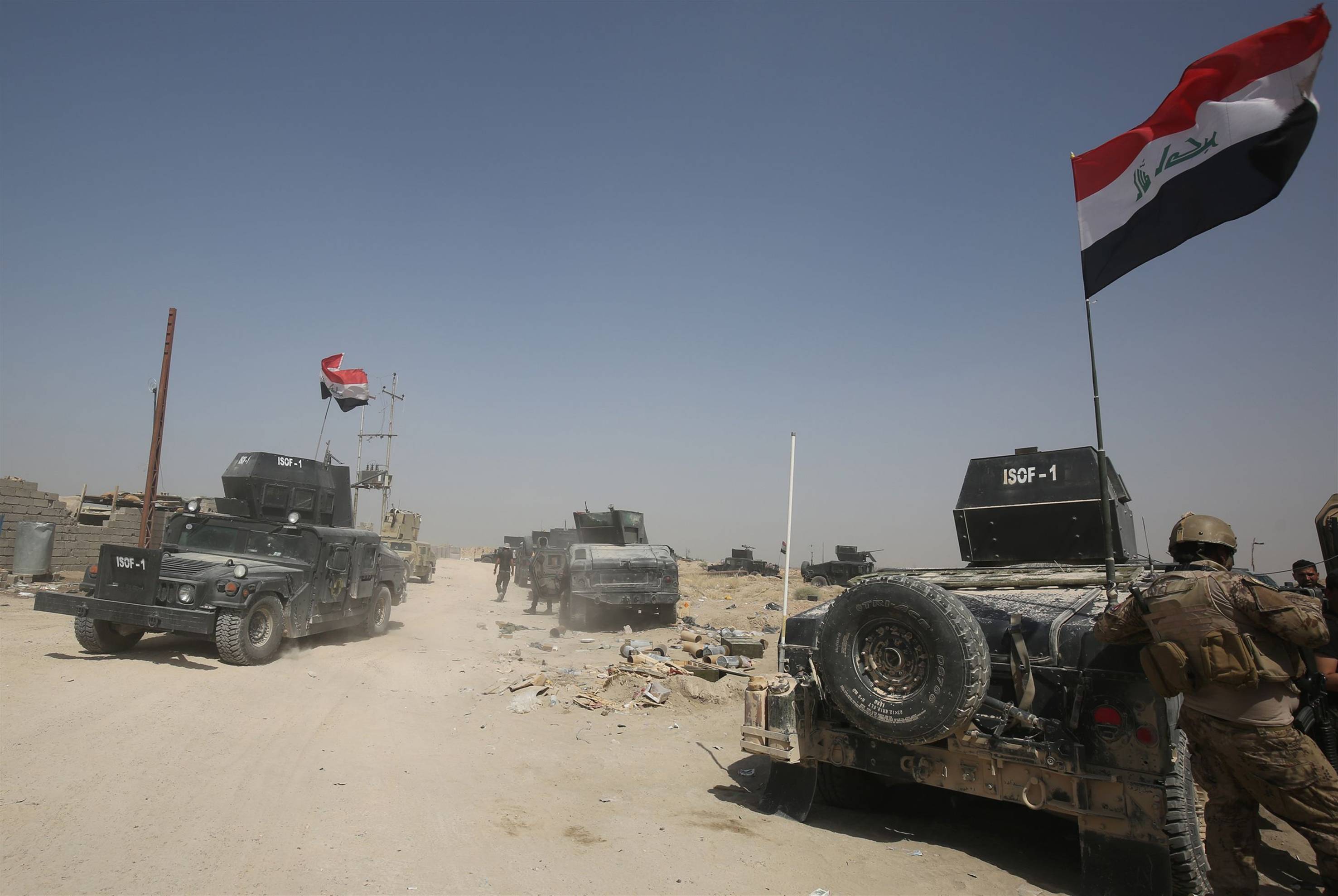 Air strikes on jihadist fighters fleeing after their defeat in Fallujah have destroyed more than 260 vehicles and killed at least 150 militants, Iraqi officers said Thursday (June 30).