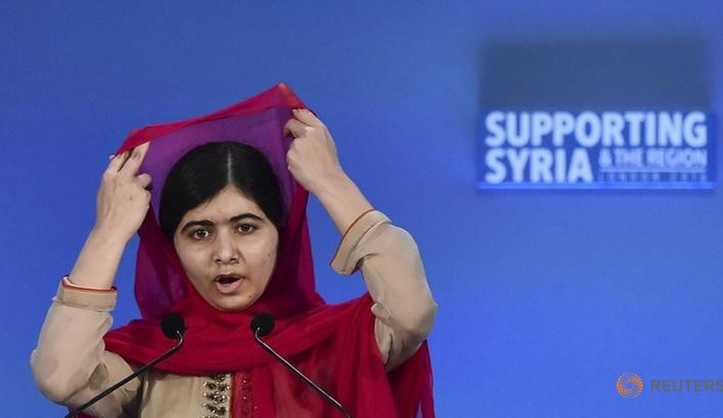 Malala Yousafzai, the Pakistani teenage education activist who survived a near-fatal attack by the Taliban, and her family have become millionaires in under four years due to sales of a book about her life and appearances on the global speaker circuit.

Yousafzai, 18, the youngest person to win the Nobel peace prize, shot to international fame after emerging defiant from the assassination attempt on a school bus in Pakistan’s Swat valley in October 2012 to continue her fight for girls’ rights.

Yousafzai, who received medical treatment in Britain where she now lives, is in constant demand globally, charging US$152,000 per speech compared with Desmond Tutu’s reported US$85,000, according to U.S.-based Institute for Policy Studies.

Her memoir, “I Am Malala”, published in 2013, has sold 287,170 copies in Britain with a total value of about 2.2 million pounds (US$3 million) and over 1.8 million copies worldwide, according to a spokesman from Nielsen Book Research.

While Yousafzai has set up the Malala Fund to support girls’ education projects in developing countries, her family also established a company, Salarzai Ltd, in 2013 to protect the rights to her life story.

Publicly available information shows that the London-based company, owned by Yousafzai, her father Ziauddin Yousafzai, and her mother, Toor Pekai, has a net worth of 1.87 million pounds in August 2015, up nearly 65 per cent from the previous year.

Earlier this year Malala urged world leaders at a conference in London to commit US$1.4 billion to give Syrian refugee children access to education.

Malala told a crowd in London’s Trafalgar Square last week at a memorial for murdered British lawmaker Jo Cox that the opposition Labour MP “showed us all that you can be small and still be a giant”.

Cox, a strong supporter of refugee causes and staying in the European Union (EU), was shot and stabbed to death in her constituency in northern England a week before Britain voted to leave the EU.