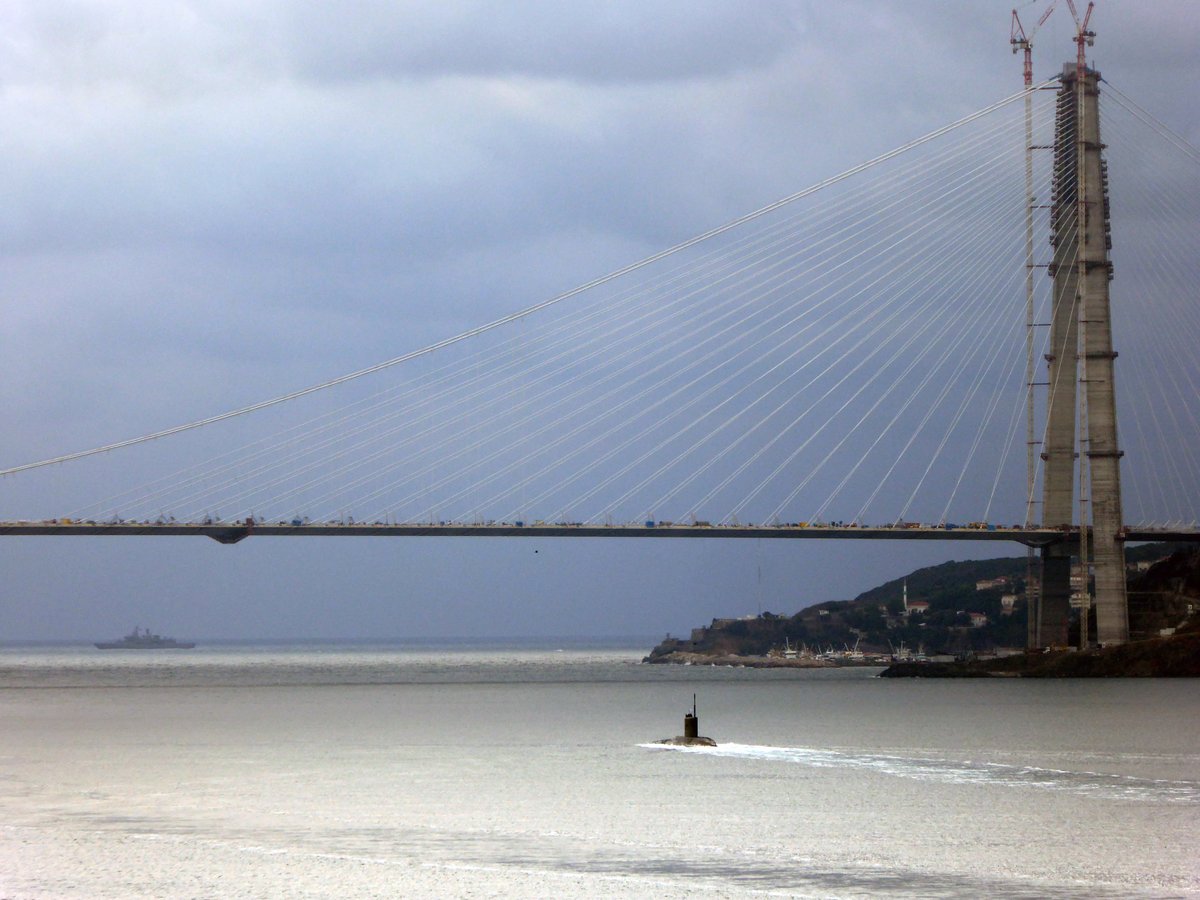 The Russian last-generation diesel-electric submarine Stary Oskol, named after a city in eastern Russia, entered international waters in the Black Sea on Wednesday (June 29), bound for Russia”s naval base in the region.

The submarine of the Project 636.3 Varshavianka, and designated as Kilo-class (NATO reporting name), has been in exploitation for a year, and ranks as the quietest of the modern submarines, carries Kalibr-PL cruise missiles.

The ship moved sailed from the base of the Northern Fleet, where it passed the cycle of technical tests, into the Black Sea through the Bosphorus and Dardanelles Straits, according to sources in the Russian Navy.

The route of the Russian submarine was followed closely by a Turkish frigate and a patrol ship. A Turkish-flagged ship accompanied the Stary Oskol to the Russian base in the Black Sea, its permanent destination.

Stary Oskol is the third of its generation, with the Novorossiysk and Rostov-on-Don submarines being added to the Navy previously. The latter participated in strikes against the infrastructure of the Islamic State, in Syria, from the eastern Mediterranean, in December 2015.