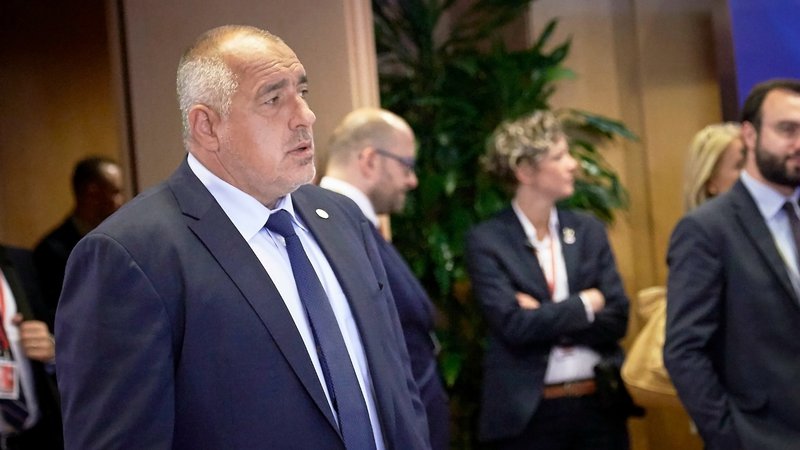 Bulgarian Prime Minister Boyko Borissov said on Wednesday (29 June) he will insist that the European Union once and for all makes clear its position on big energy projects involving Russia, in which his country has interest.

Indeed, Putin and Erdoğan spoke for the first time since Turkey downed a Russian fighter jet near the Syria-Turkey border last November.

The 40-minute conversation seems to provide the opportunity to unfreeze a major gas pipeline project, known as “Turkish Stream”, aimed at bringing Russian gas across the Black Sea to the European territory of Turkey. From there, the pipes would continue across Greece and across the Adriatic Sea to Italy.

Turkish Stream replaced South Stream, an earlier version of the same project, to bring the Russian gas to the Bulgarian port city of Varna. South Stream was shelved as a result of EU pressure on Bulgaria to give up the project.

Russian President Vladimir Putin said on 7 June that Russia had not “definitively” cancelled either the South Stream or Turkish Stream European gas export pipeline projects, but needed a clear position on them from Europe.

Borissov said that it was “their business” if Russia and Turkey wanted to resuscitate Turkish Stream, adding that the relations between Moscow and Ankara would always be subject to “extremes”.

“Bulgaria is ready to work for big energy projects with Russia on the condition that they are recognised as European projects”, he said, reminding that previous attempts by former government to start such projects had been subject to infringement procedures by the Commission.

He said that on 28 June he and deputy prime minister Tomislav Dontchev had met with Commission officials, informing them of the situation of all projects of interest for Bulgaria, including South Stream and the Belene nuclear power plant.

He said that the Commission had attempted to launch a punitive procedure against Bulgaria with respect to the pipes initially designed for the South Stream pipeline, which are stored in the port city of Burgas, as well as the compressor stations designed for the project.

Borissov said that Dontchev has had another meeting with the Juncker team to explain that such procedure would be a heavy blow for Bulgaria. He added that Council President Donald Tusk, with whom he had a separate meeting today, was aware of the Belene case, where Bulgaria is subject to a heavy fine for having stopped the project.

Indeed, the International Court of Arbitration at the International Chamber of Commerce in Geneva has recently ruled in favour of the Russian Atomstroy export company. Atomstroy will receive €620 million in compensation from Bulgaria, a huge sum for the impoverished country.

“I would like the European Commission and the European Council, in a gesture of solidarity with what Bulgaria did as a loyal member, to decide – either to pay this money, or allow us to build the nuclear unit, or help us sell the reactor, or allow us to build South Stream as a private project, or sanction Turkey and Greece in the same way as Bulgaria”, Borissov said.

He said he insisted for a written answer from the Commission, and that the country would not accept advice to buy armaments and build fleets against Russia.

Borissov said that the country’s foreign minister Daniel Mitov would be in the Russian resort city of Sochi on 1 and 2 July, where he is due to meet with his Russian counterpart Sergei Lavrov, and that he wanted things to be clear by then.

Indeed, Bulgaria has recently refused to take part in a joint ‘common NATO’ fleet comprised of Romania, Ukraine and Turkey, aimed at deterring Russia in the Black Sea.

“As a loyal member of NATO, I would like the Commission and the Council to know what kind of money Bulgaria must pay for the cancelled contracts,” he said.

Borissov also hinted that the Commission had little understanding of the country’s problems.

He said that when Competition Commissioner Margrethe Vestager was in Bulgaria two weeks ago, she had asked the country to sell the gas transmission and storage company Bulgartransgaz.

During the visit, it became clear that Borissov told Vestager how important it was that Bulgaria remains the owner of the gas transportation infrastructure. Russia attempted to obtain the infrastructure in the 1990s and the refusal of the then Prime Minister Zhan Videnov led to the collapse of his government.

Bulgaria risks a €300-million fine if Bulgarstransgaz is not sold, sources said.