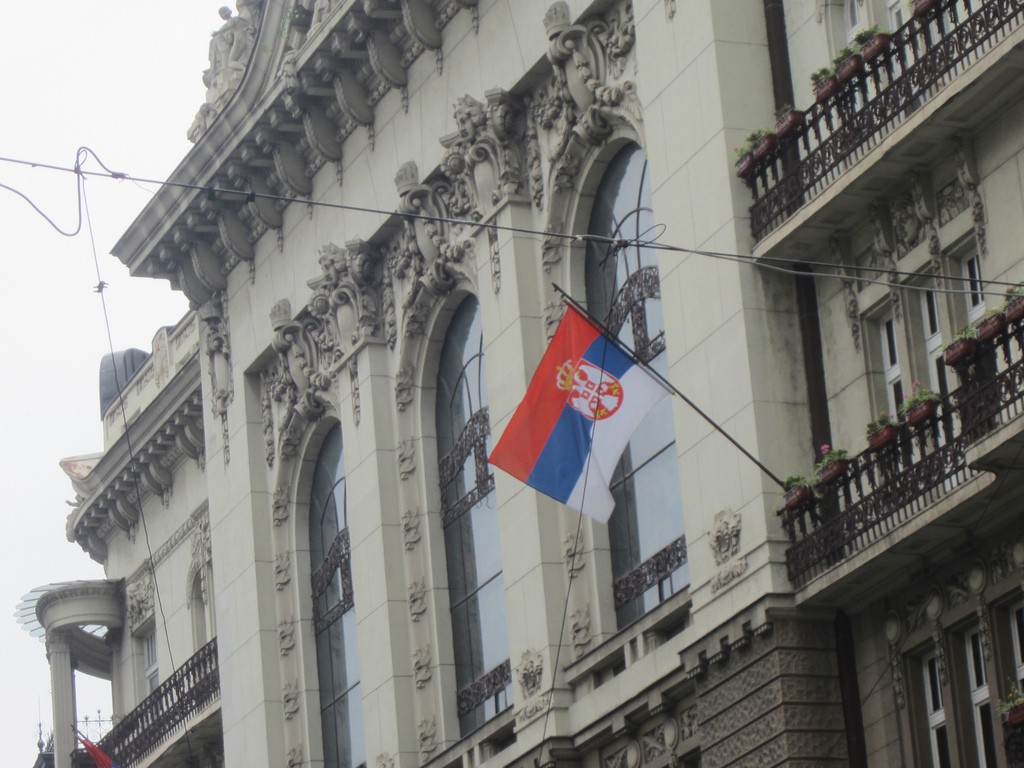 The parties in question are the Democratic Party of Serbia (DSS), the Dveri Movement, and the Serb People’s Party (SNP) – the last being a member of the pre-election ruling coalition put together by the ruling Serb Progressive Party (SNS).

Dragana Trifkovic, the Democratic Party of Serbia representative who on June 28 signed the Declaration on joint actions to support international cooperation, security, Serbia’s non-bloc status and the development of economic cooperation with Russia, told BETA that her party and Dveri enjoyed a special reception by United Russia, and met with Russian Parliament Deputy Speaker Sergei Zheleznyak.

Trifkovic added that it had deepened cooperation between the Democratic Party of Serbia and the Russian ruling party.

“I have said to the Russian peers that my party would send to Parliament a Military Neutrality Bill, and work to ensure that the term of Serbian military neutrality is incorporated in all strategic documents, including the National Defense Strategy. The Russian party underlined that the Balkans, and Serbia as a central state in the region were very important for Russia in the coming period, and that in line with the strategic decisions made at the United Russia congress, Russia will be expanding its influence,” Trifkovic said.

The Serbian Dveri movement said in a press release sent to BETA that they had signed the Declaration, where, among other things, “United Russia and the Serbian Dveri Movement expressed readiness to establish general principles of security in Europe, including initiatives for negotiations on the prospect of establishing military neutral, sovereign states in Southeast Europe.”

The Declaration was signed by deputy to the General Council of United Russia and Russian Parliament Deputy Speaker Sergei Zheleznyak and member of the Dveri presidency Zoran Radojicic.

The Serbian People’s Party reported on its website that it had signed the Declaration with United Russia, and that it strongly supported an initiative by political parties in the Balkans to establish “a zone of neutral, sovereign states, which would make independent decisions on key state and national interests.”

United Russia signed in Moscow, on June 27, a declaration on cooperation with political parties from Macedonia, Serbia, Montenegro, Bosnia-Herzegovina and Bulgaria, and the signatories voiced their commitment to the establishment of a military neutral territory in the Balkans.

Similar declarations with the Russian ruling party were signed by Montenegrin parties the New Serbian Democracy, the Democratic People’s Party and the Socialist People’s Party.

As for Bosnia-Herzegovina, the declaration was signed by the Alliance of Independent Social Democrats, led by Milorad Dodik.