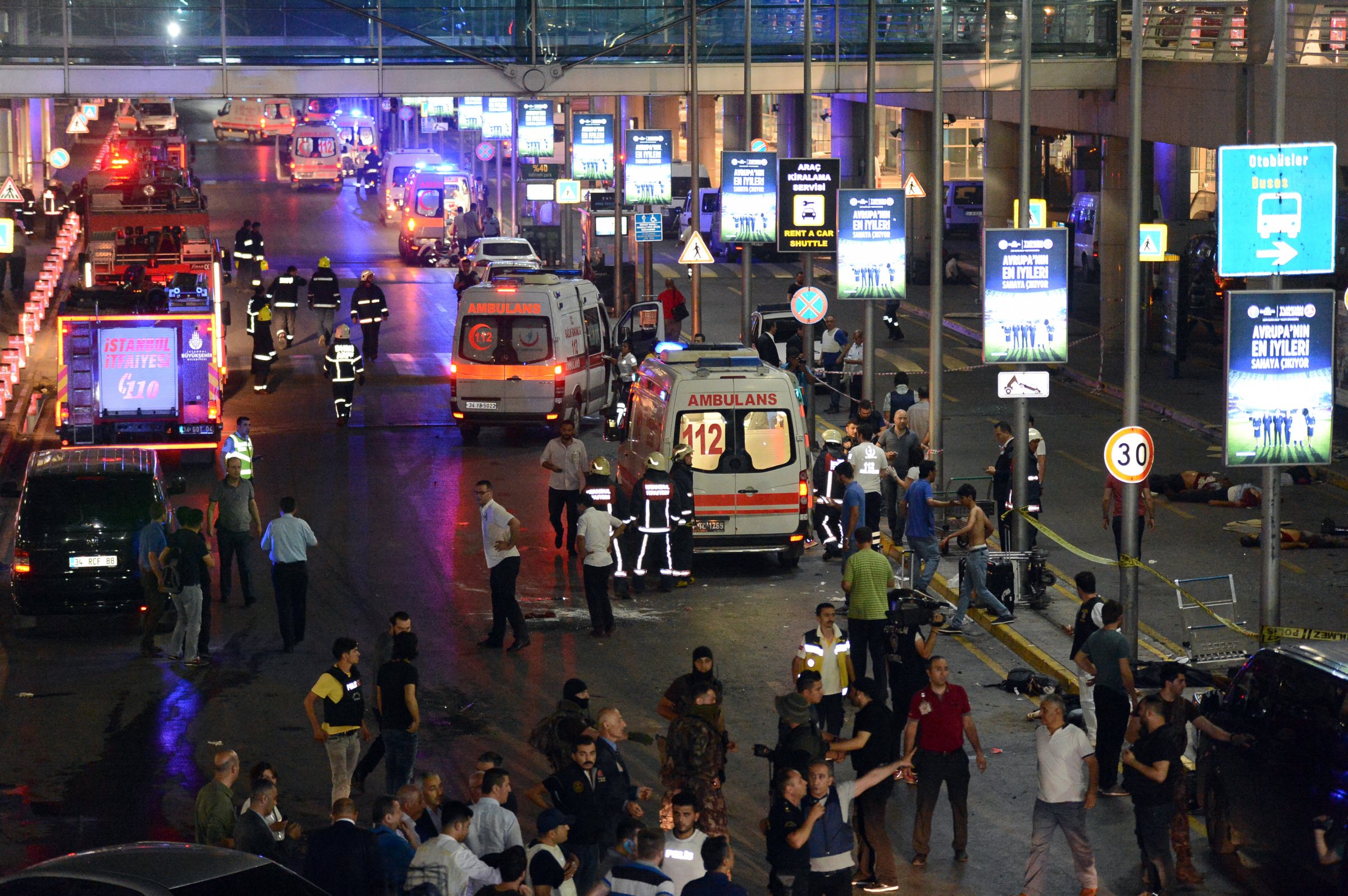 The terrorist attack on a peaceful Istanbul confirms the need for a joint fight against terrorism, Kremlin spokesman Dmitry Peskov told reporters on Wednesday (June 29).

“President Putin has expressed condolences to the Turkish people over the awful terrorist attack,” Peskov said. The Kremlin “considers that this is a terrorist attack on a peaceful Istanbul,” he added.

Peskov reminded that President Vladimir Putin offered condolences to the Turkish people during a visit to a school of the German embassy in Moscow earlier on Wednesday. “Putin said that he expresses the deepest sympathy for Turkey in connection with the terrorist attack in Istanbul,” he said.

“The explosions at Istanbul airport prove the thing that has long been proven: terrorism has no nationality and religion,” the diplomat wrote on her Facebook page. “It’s a method of murder and intimidation for achieving a goal.

“People of different views and confessions, nationalities and citizenship were killed and injured in yesterday’s massacre,” she noted.

“I’d like to repeat: it’s our common grief, and only the common rejection of terrorism, stopping discerning terrorists as moderate and immoderate, and joining efforts in the counterterrorism fight will give the world a chance to survive,” Zakharova wrote.

Three suicide bombers exploded themselves at the international terminal of Istanbul airport in the evening on Tuesday, June 28. At least 36 people were killed and 147 were injured in the terrorist attack.

Turkish President Recep Tayyip Erdogan called for a unified international fight against terrorism. “Make no mistake: For terrorist organizations, there is no difference between Istanbul and London, Ankara and Berlin, Izmir and Chicago or Antalya and Rome,” he said. “Unless all governments and the entire mankind join forces in the fight against terrorism, much worse things than what we fear to imagine today will come true.” The attacks happened at the airport, east of Istanbul, which is the 11th busiest in the world in terms of passenger traffic.