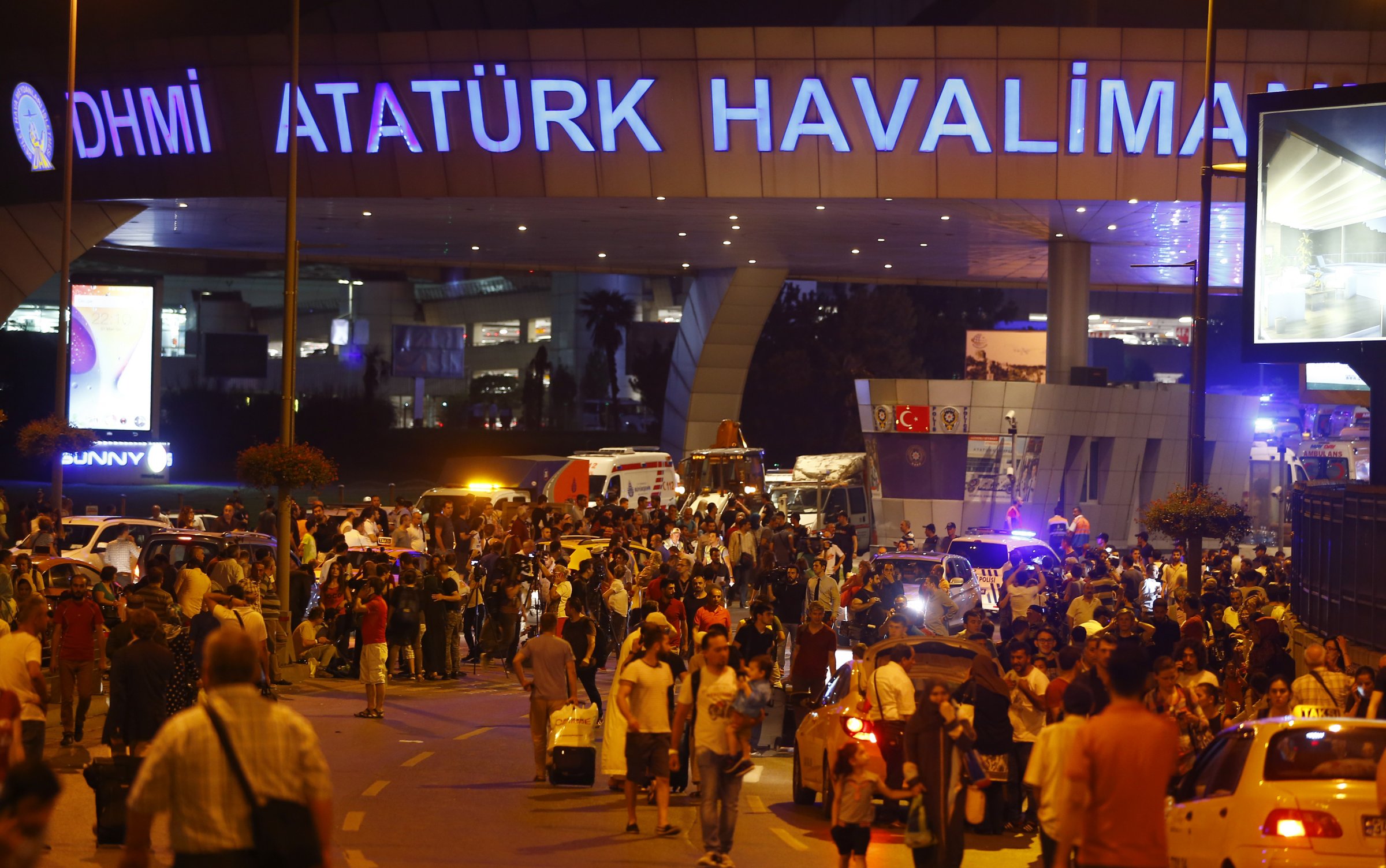 United Nations (UN) Secretary-General Ban Ki-moon on Wednesday (Jun 29) condemned the terrorist attacks at Turkey’s Ataturk International Airport in Istanbul, which killed at least 36 and injured many others.

A mother of victims killed the day before in a suicide bombing and gun attack at Istanbul’s airport, cries on Jun 29, 2016 in Istanbul.

“The secretary-general hopes that the perpetrators of this crime will be identified and brought to justice,” said a statement released by Ban’s spokesperson.

“He (Ban) stands firmly by Turkey as it confronts this threat and stresses the need to intensify regional and international efforts to combat terrorism and violent extremism,” the spokesman said.

Two explosions hit the Ataturk Airport Tuesday evening local time. No group has claimed responsibility for the attack, so far.

Meanwhile, the White House on Tuesday also condemned the attack “in the strongest possible terms”.

“Ataturk International Airport, like Brussels airport which was attacked earlier this year, is a symbol of international connections and the ties that bind us together,” said the White House in a statement, adding that the US remains steadfast in supporting Turkey and other allies around the world.

In a statement posted on his Facebook account, Malaysia’s Prime Minister Najib Razak said he was shocked by the news of the attack and sent his condolences to the people of Turkey.

“This serves as yet another reminder to the need for heightened intelligence cooperation in the war on terror.

Malaysia stands firm and ready to unite with all countries in the fight against the scourge of terrorism. I strongly urge Muslim nations to unite and increase cooperation, especially in condemning and combating the acts of terror by those who blaspheme the name of Islam,” he added.

Also condemning the attack was Pakistan Prime Minister Nawaz Sharif on Wednesday, who expressed solidarity with the people and Turkish government.

“Prime Minister Muhammad Nawaz Sharif has strongly condemned the suicide blasts at Ataturk airport in Istanbul in which several innocent people have been killed,” the PM’s office said in a statement.

Australia’s Prime Minister Malcolm Turnbull conveyed his sympathies and condolences to “the people of Turkey, the families of those who have been killed and injured.”

Japan joined the chorus of condolences saying in a statement that it expressed “strong solidarity with the Turkish government and the Turkish people.”

Witness and officials were reported to have said that three suicide bombers were involved in the attack.

One attacker opened fire in the departures hall with an automatic rifle, before all three blew themselves up in or around the arrivals hall a floor below.

A Turkish official was quoted as saying on Twitter that the vast majority of casualties are Turkish citizens, with foreigners among the dead and wounded.

The security situation in Turkey has deteriorated over the past year. The capital city of Ankara, the most populous city of Istanbul and some other ones have been hit by a number of bombing attacks.