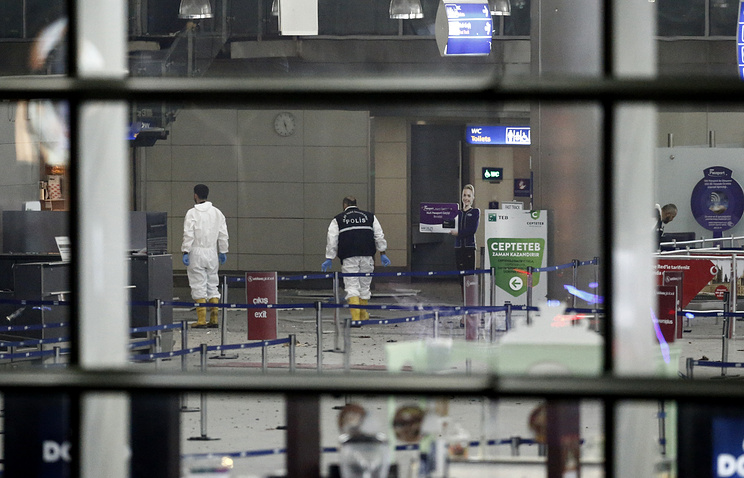 The blasts at Istanbul’s airport are aimed against the attempts of Turkey’s leadership to repair relations with Russia and Israel, Russian Federation Council (upper house of parliament) lawmaker Konstantin Kosachev wrote on his Facebook page on Wednesday (June 29).

Kosachev, who heads the upper house’s foreign affairs committee, said the theory of the Turkish authorities that the Islamic State terrorist group could have been behind the deadly attack “looks as the most plausible one.”

“The terrorist attack is apparently directed against the attempts of the Turkish leadership to mend relations with Russia and Israel,” Kosachev stressed. “It seems that Turkey is ‘warned’ against the participation in the single anti-terrorist front being created by the Russian diplomacy in the first place,” he added.

The lawmaker said the tragedy at Istanbul’s airport will not “estrange but will more likely move closer” the dialogue of the Turkish and Russian leaders. “As in spite of everything today we feel solidarity with the people of Turkey,” he said.

First Deputy Chairman of the Defense and Security Committee of Russia’s Federation Council Franz Klintsevich believes that terrorists want to sow chaos and completely destabilize the situation in Turkey. The senator also did not rule out interrelation of the Istanbul airport explosions and counteraction to attempts to smooth the Russian-Turkish relations.

“Terrorist attacks are always an intimidation method. In Turkey terrorists want to sow chaos, completely destabilize the situation, something that naturally worries Russia,” the parliamentarian has told TASS commenting on the blasts that rocked the Istanbul Ataturk airport on Tuesday. “Attempts to stir up Turkey from inside undoubtedly wreak havoc on the Middle East region as a whole,” he added.

Klintsevich also does not rule out that “certain forces in Turkey are dissatisfied with even small steps taken by President Recep Tayyip Erdogan aimed at normalizing the Russian-Turkish relations.” “He is literally forced to switch to other problems,” he added.

“Russia strongly condemns the events that have occurred at the Istanbul airport,” the senator said.