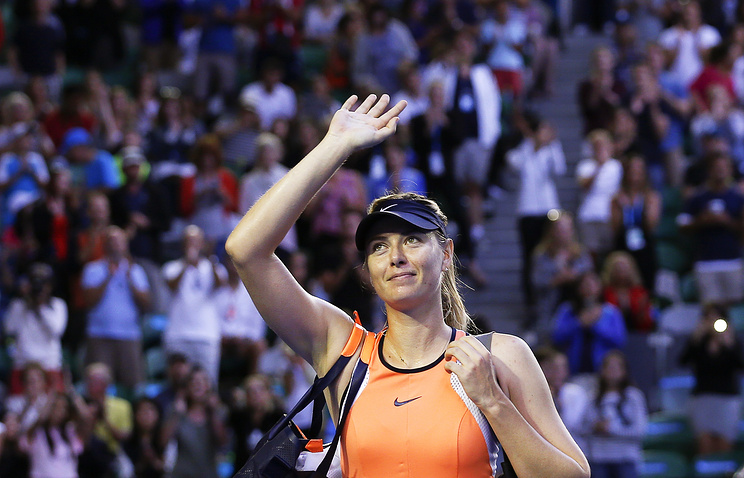 Russian tennis star Maria Sharapova will be returned to the national Olympic entry list for the 2016 Rio Games in case the Court of Arbitration for Sport (CAS) issues a positive ruling on her appeal, Shamil Tarpishchev, the president of the Russian Tennis Federation (RTF), told TASS on Tuesday (June 28).

Two weeks ago Sharapova was reported to file an appeal with the CAS in Switzerland’s Lausanne against her two-year suspension, which was imposed on June 8 by the International Tennis Federation’s (ITF) Tribunal over anti-doping violations.

“We are closely monitoring the news from CAS,” Tarpishchev said in an interview with TASS. “The decision must be made before July 18. In case of a positive appeal’s outcome Sharapova will replace [Ekaterina] Makarova.”

RTF chief Tarpishchev announced following the player’s suspension earlier in the month that Sharapova was substituted in the Olympic roster by her compatriot Ekaterina Makarova, who at the moment had the better ranking in the Women Tennis Association (WTA) compared to her other compatriots.

The RTF stated in late May that it decided to enter in the Olympic team Sharapova, Svetlana Kuznetsova, Anastasia Pavliuchenkova and Darya Kasatkina.

In early March, Sharapova announced that her doping tests revealed the presence of performance enhancing drug meldonium in the body system. Following the announcement, former World’s No. 1 was provisionally suspended from all tennis-related activities.

WADA announced on April 13 that the concentration of less than one microgram of meldonium in the body system of an athlete, whose doping tests were conducted before March 1, was acceptable.