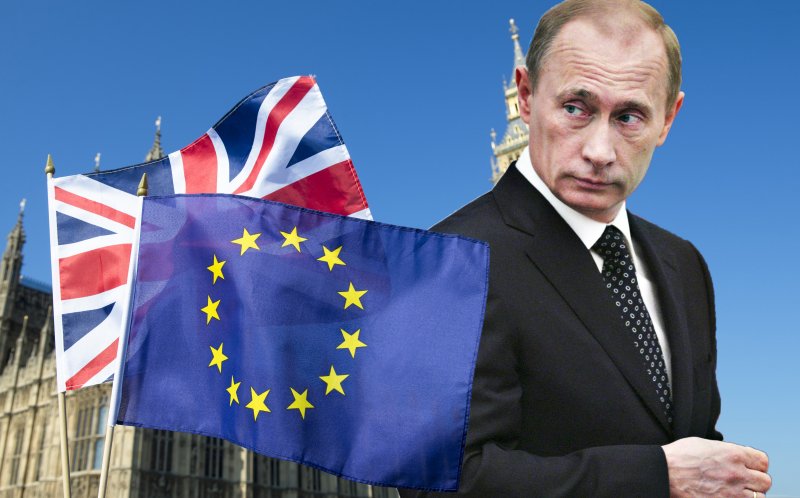 Putin bashing is a virtual cottage industry, blaming him for almost anything a constant Western headline theme.

Ahead of Thursday’s vote, US-supported Putin antagonist Garry Kasparov called Brexit “the perfect gift for Vladimir Putin. An EU without Britain is exactly what the Russian president wants, a weakened institution with less power to confront his assaults on Europe’s borders.”

Former US ambassador to Russia Michael McFaul tweeted “(s)hocked by Brexit vote! Losers: EU, UK, US, those that believe in unity of a strong, united, democratic (sic) Europe. Winners: Putin.”

“I genuinely complement Putin for his victory tonight on Brexit. Tonight is a giant victory for Putin’s foreign policy objectives.”

Astonishing comments – out of line, irresponsible, offensive and plain wrong! Whatever his personal views, Putin, of course, had nothing to do with Brexit voting.

“It is evident that the British people should make a difficult, fateful choice. Its decision will surely seriously affect the future of Great Britain and the EU on the whole.”

“At that, really respecting the choice of the people of this or that country, we proceed from the fact that the choice should take place without any pressure, all the more so from outside.”

“So we are respectfully watching the Britons holding this important referendum. When its results are summed up, it will be possible to make relevant assessments.”

Putin spokesman Dmitry Peskov said “(w)e have already got(ten) accustomed to the Russian factor (as) one of persistent tools in the US election campaign. But (its) use or (injecting) President Putin in the Brexit issue is new for us.”

He noted how many times Russia’s leader stressed having cooperative relations with the EU and its member countries, adding:

“In speaking about Britain in particular, then of course we are interested that our relations, which are rather deplorable now, (be) revived and become…mutually beneficial.”

“Russia has repeatedly signaled its readiness to show the necessary flexibility, but (it) has its limits. It is not boundless.”

“We welcome the wish of the (British) parliamentarians to talk as the way out of those difficult situations in which we get involved sometimes can be found only in dialogue.”