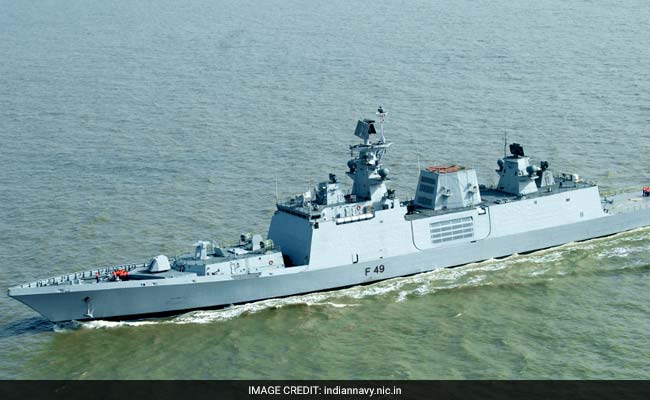 Three Indian naval ships today reached Russia as part of efforts to enhance maritime cooperation between the navies of both countries.

INS Sahyadri, Shakti and Kirch, under the Command of the Flag Officer Commanding Eastern Fleet, Rear Admiral SV Bhokare, reached Vladivostok on a four day visit as part of deployment of the Eastern Fleet to the South China Sea.

During the visit, the ships will have professional interactions with the Russian Navy aimed at enhancing co-operation between the two forces.

The visiting Indian ships are also likely to conduct exercises with the Russian Navy, aimed at enhancing interoperability in communication as well as search and rescue procedures, post departure from Vladivostok.

The current visit seeks to enhance maritime cooperation between the Indian Navy and the Russian Navy. It will further bolster the strong bonds of friendship between India and Russia and contribute to security and stability in this vital part of the world, a statement by the Navy said.