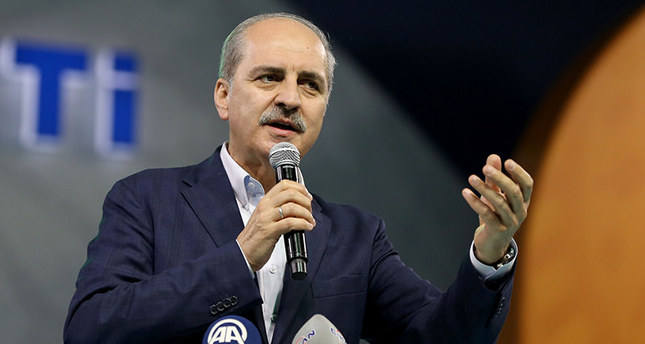 Deputy Prime Minister Numan Kurtulmuş said on Monday (June 27) that there was an acceleration in steps to smooth relations with Russia, strained since Turkey shot down a Russian warplane last November.

Kurtulmuş welcomed what he said was a decision to allow some Russian companies to employ Turkish nationals again, in comments he made during a televised news conference in Ankara.

The deputy prime minister also commented on the recently finalized reconciliation deal between Turkey and Israel. He said a “certain point” was reached in
normalizing Turkey’s relations with Israel in talks on Sunday (June 26).

“A certain point was reached in talks on June 26 and this will be announced in a simultaneous statement by both prime ministers at 1 pm (1000 GMT),” Kurtulmuş told reporters during a break from a cabinet meeting.

Turkish and Israeli delegations met in Rome over the weekend to finalize the reconciliation deal between the two countries, and Ankara has succeeded in receiving an apology from Israeli Prime Minister Benjamin Netanyahu, compensation for the Mavi Marmara raid victims and the lifting of the Gaza blockade after six years of diplomatic struggle.

Under the agreement, Turkey will deliver humanitarian aid and other non-military products to Gaza and make infrastructure investments in the area. Along with new residential buildings, Turkey will complete the construction of a 200-bed hospital in Gaza.