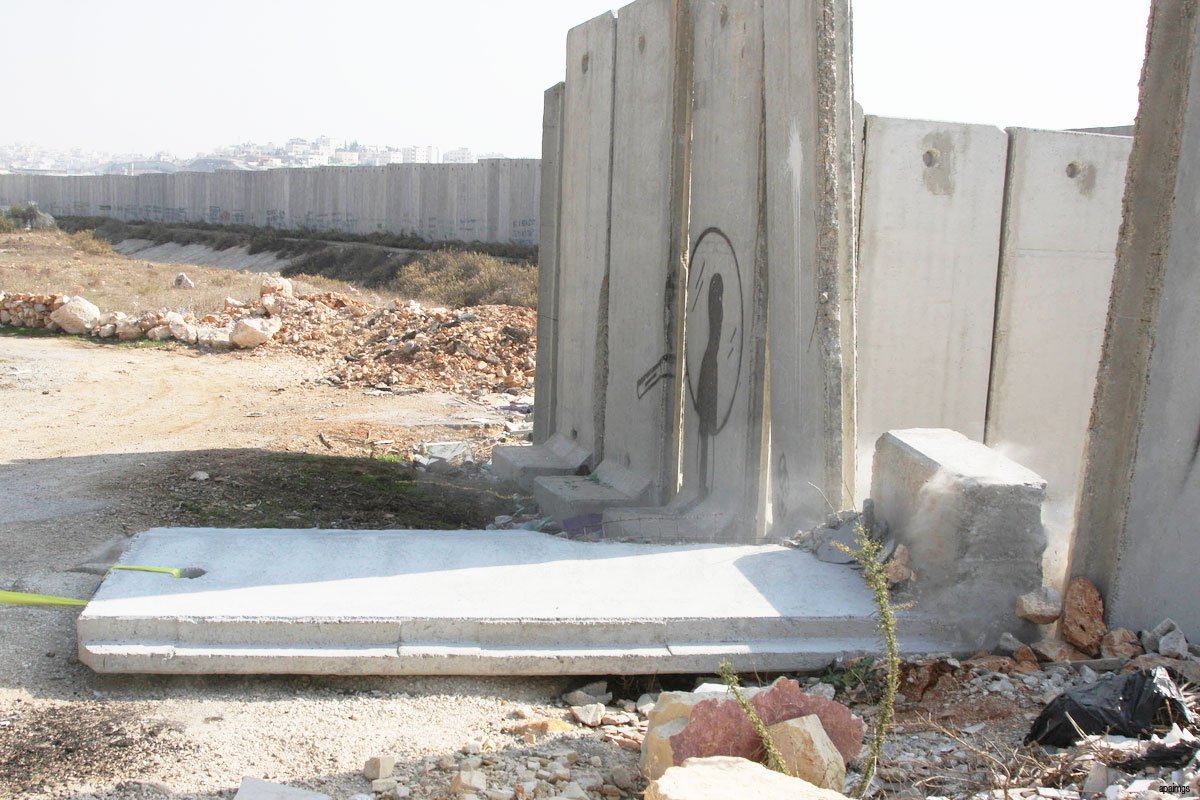 Israel on June 26 resumed the construction of the Separation Wall south of Hebron to replace the barbed wire fence that was erected a few years ago.

Witnesses told Quds Press that the occupation authorities started work on closing the wall in the areas adjacent to the southern Hebron village of Al-Burg with seven-metre high concrete columns. Work has started in the areas which had not been previously closed with a barbed wire fence.

A specialist in Israeli settler affairs Abdul Hadi Hantash told Quds Press that the occupation decided months ago to replace a section of the barbed wire fence – starting from the Tarqumiya crossing to the Mitar barrier south of Hebron – with a wall of concrete columns.

Hantash added that the decision was approved by the Israeli security cabinet a few weeks ago after the shooting in Tel Aviv, which was carried out by two young men from the southern Hebron town of Yatta.

He added that Israel is completing the works as a form of collective punishment against the Palestinian population.