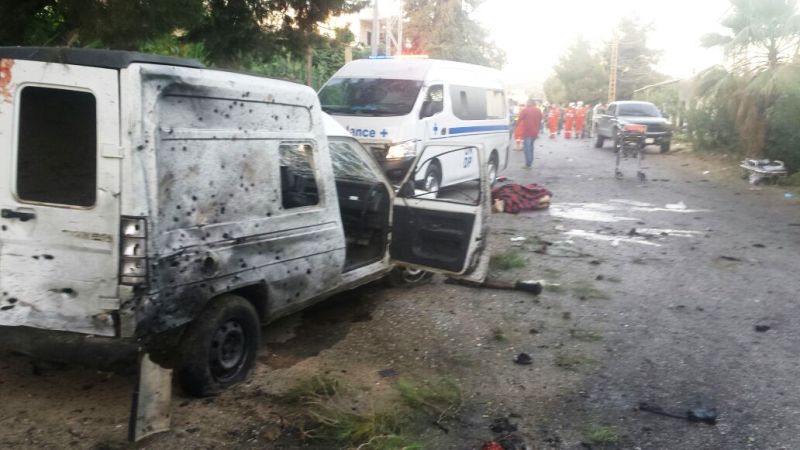 The Lebanese Army issued the following statement on Monday(June 27):

“At 4,20 am, on Monday at dawn, a suicide bomber blew himself up in Qaa village in front of the house of a citizen. Then three suicide bombers blew themselves up consecutively on the adjacent road to the aforementioned house.

The bombings claimed the lives of a number of martyrs and left behind wounded citizens, including four soldiers who went to inspect the first blast site.

The Army cordoned off the area and carried out combing operation in search for suspects.

The military police opened investigations into the incident.”