Home » Manchet 4 » “Stalingrad” in Kuril preference: Why is the United States threatening Japan with a sea war? 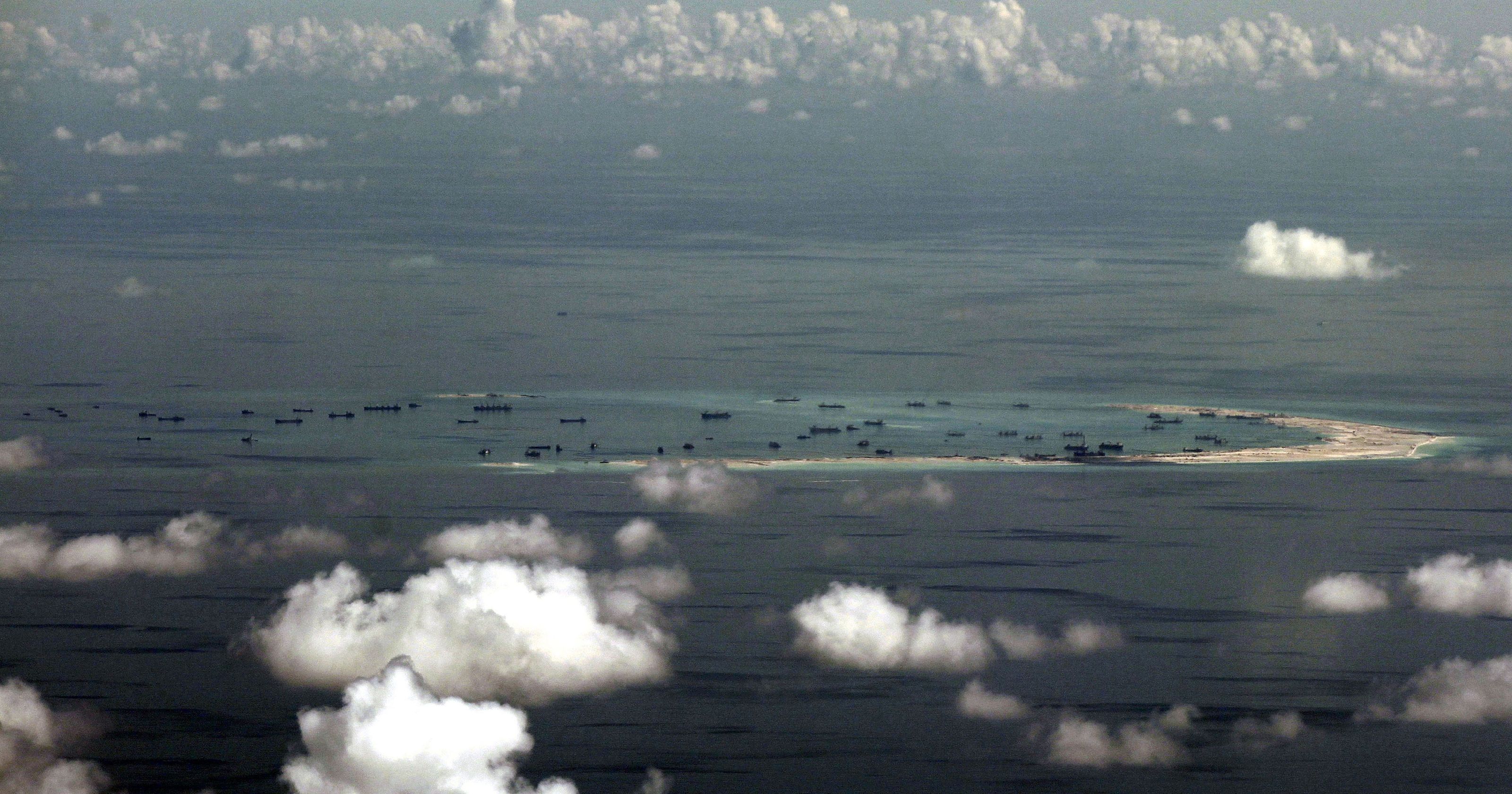 “Stalingrad” in Kuril preference: Why is the United States threatening Japan with a sea war?

“Let me get through today, and I shall not fear tomorrow,” St. Philip Neri

It is already a fact that the Chinese have given start to a big geopolitical game to gain control over the East and South China seas. They are trying to get their hand on Senkaku Island, building flight strips on Spratly Islands, are organizing an identification zone there and are expanding from “island to island” towards the Strait of Malacca and Singapore. The neighbors and the “global controller,” the United States, are worried and are searching for anti-Chinese allies.

Their bone of contention is the zone connecting the Indian and Pacific oceans, an area where commodity turnover was as much as $5 trillion in 2009. And if this region blows up, it will be a conflict compared to which the current hustle in Eastern Europe and the Middle East will look like a child’s talk in a play pit.

In this confrontation, Russia seems to be passive: it has just expressed its support for China and attends its marine maneuvers from time to time. In other words, it is playing the role of a conscientious “resource cushion,” which seeks to supply more and more. But, on closer inspection, the Russians are trying to strengthen their positions.

On June 17, Speaker of the Russian State Duma Sergey Naryshkin said that in early Sept 2016, Japanese Prime Minister Shinzo Abe may meet with Russian President Vladimir Putin in Vladivostok. It would be naïve to expect the sides to appear there with some new proposals on the “northern territories” (the southern islands of the Kuril archipelago). Here we are dealing with East Asia, where “signs and symbols rule the world, not words nor laws” (Confucius). The Southern Kurils have long become the “sign and symbol” in Russian-Japanese relations, with neither of the sides willing to cede that symbol. To cede in this decades-long dispute means to lose face, which a real nightmare for any Asian politicians. So, this time too, the sides will put off the problem for future.

For Russia, the Kuril Islands are part of the plan to retain the Far East and East Siberia. They in the Kremlin are still unable to stop the emigration from that region – even though they are ready to give the locals free land and to create a priority development territory there. These are also the “symbols” of Russian presence in the region. Simply, they are not very convincing.

The only way for the Russians to retain those territories is to have strong military resources there. But here too they have problems – for even their key force in the region, the Pacific Navy, is divided into two fleets, which are deployed very far from each other (Alexander Khramchikhin, Institute for Political and Military Analysis).

This is why the Russians are actively militarizing their Far East. According to Commander of the Eastern Military District, Gen. Sergey Surovikov, they are going to send to the region as many as 100 missile and artillery systems, 50 air defense systems, 3 ships, 20 coastal missile systems and 60 planes and helicopters. In 2014, they started building radar stations and air direction centers in their Arctic seas (Sredny and Yuzhny islands of Severnaya Zemlya, Alexandra Land of Franz Josef Land, Wrangel Island).

The Kuril Islands are given a special role here. On the “disputed” Iturup and Kunashir, the Russians are going to deploy Bal and Bastion missile systems and Tor air defense systems, while on Matua Island, they are planning to organize a sea base, which will connect the Kamchatka and Primorsky fleets.

This is a “stick” for the Japanese. But there is also a “carrot” – the Northern Sea Route.

“Arktika” as “coercion to development…”

On June 2016, the Baltic Shipyard in St. Petersburg launched an Arktika nuclear icebreaker, the first of the three icebreakers that are supposed to open a new page in the development of the Northern Sea Route. The first attempts to revive the route faced anti-Russian sanctions. As a result, in 2014 cargo turnover in the region dropped from 1,335,897 tons to just 274,000 tons!

Few people doubt that this route is economically profitable. In Aug 2013, 19,000-ton Yong Sheng container ship went from the Chinese port of Dalian to the Dutch port of Rotterdam in just 35 days. The traditional route (via the Suez Canal) would take it 48 days. If a ship goes from Murmansk to Yokohama via Suez, it will have to pass 12,800 miles.

Of course, the Northern Sea Route, just like the whole of the Russian north, implies an infinity of problems – for this is a different world, a planet that is not very hospitable to life.

Still it was one more vital decision as this region is really crucial for Russia.

One more interesting fact: recently, Science published a report by Canadian and US climatologists, which says that by 2070 global heating will cause heat in the northern hemisphere. As a result, lots of plants will die out and lots of animals will be forced to migrate northwards. By that time, Siberian taiga and the north of Canada will become habitable. So, we should already start preparing for this.

In this light, Russia is ready to offer Japan (a country with the world’s second biggest gold and foreign currency reserves) access to its northern territories and resources (from Murmansk to Chukotka). And the sides have already exchanged Confucian “signs.”

On May 6, on its way back from Europe, Shinzo Abe met with Vladimir Putin in Sochi and offered his “eight points,” a cooperation plan on the Far East. Some of the points, particularly, points 2 and 6 (building towns, water supply and sewerage systems in the north and building airports and seaports in the Far East), sound quite attractive to the Russians. But the problem is that for the Japanese this is a way to develop their northern territories. This is why the next day, Russian Foreign Minister Sergey Lavrov said that economic cooperation has nothing to do with northern territories and that during his 35-minute meeting with Putin, Abe advised him not to obsess about the four islands.

The Americans got angry. The Wall Street Journal complained that “as the U.S. presses tight sanctions on Moscow, it might seem quixotic for one of America’s staunchest allies to seek closer ties with Russian President Vladimir Putin.”

A month and a half later the Russians launched Arktika, a nuclear icebreaker that can navigate in the deltas of Siberian rivers (that is, year round). The launch was initially scheduled for May 25, the 160th birthday of the Baltic Shipyard. But later the date was put off for the day when the Japanese were to open the 11th Russian Culture Festival and to mark the 60th year of their diplomatic relations with the Russians.

If actually “signs and symbols rule the world,” the launch of the Arktika nuclear icebreaker and its news coverage were a “sign,” a reaction to Abe’s “eight points”: Russia is ready to let its Japanese tomodachi (friends) into its Far East on a national rather than just commercial level – but only in exchange for big investments.

If the Northern Sea Route is reincarnated, Japan will be forced to react – at least, because one of its sections is 1,200 sea miles in the Sea of Japan. The next section is China and Shanghai.

If the project is revived, the Japanese will have either to oppose it (for this case, the Russians have missiles and a military base on Matua Island) or to seek own profits in it… Or just to watch how “real life flew past joyously blaring and flashing its lacquered wings” (Ilf and Petrov).

In the game of preference, there is a situation called “Stalingrad,” when a player is forced to whist no matter if he has trumps or not. The new version of the Northern Sea Route will be exactly such a game for Russia in the Arctic and the northeastern part of the Pacific Ocean.

For the time being our only question is, “What are we dealing with?” Is Russia just looking for money in exchange for preferences in its own home? Or is it trying to create a geopolitical axis with China and Japan? Wasn’t it in this context that Stratfor’s founder George Friedman predicted a sea war between the United States and Japan? It remains to be seen.