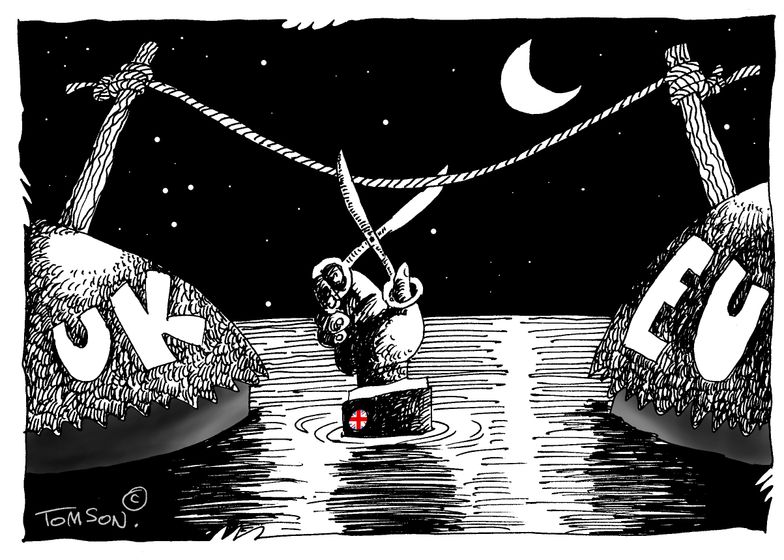 Europe to push for quick British divorce as Kerry flies in

European leaders embark this week on a frantic drive to push Britain into a quick divorce, with top US diplomat John Kerry rushing to join discussions as the “Brexit” crisis goes global.

Germany’s powerful Chancellor Angela Merkel will host the leaders of France, Italy and the European Union in Berlin on Monday amid fears Britain’s vote to leave will create a domino effect in eurosceptic member states.

In what promises to be one of the bitterest summits in the EU’s history, British Prime Minister David Cameron will then face huge pressure in Brussels on Tuesday to immediately trigger the two-year exit process.

But Cameron, who has said he will resign by October and leave the negotiations to his successor, is not expected to trigger the Article 50 mechanism to leave the EU when he meets his European peers, a senior bloc official said.

The British premier is to be left out in the cold on the second day of the summit on Wednesday when the other 27 EU leaders meet without him.

With a dismayed Washington fearing key ally Britain’s decision to leave the EU will harm Western unity, Kerry flies in to Brussels and London on Monday.

“An EU united and strong is our preference for a partner to be able to work on the important issues that face us today,” Kerry said after talks in Rome with Italian Foreign Minister Paolo Gentiloni.

CAMERON TO ‘EXPLAIN’ AT SUMMIT

For European powers the priority is to divorce as soon as possible and stabilise a union that is already struggling with growing anti-EU populism, a migration crisis and economic woes.

Merkel has said there was “no reason to be nasty” in Britain’s exit negotiations. But there are increasing fears in London that an impatient EU will want to make an example of Britain to discourage others thinking about a referendum of their own.

Sources in the French presidency said Merkel and Francois Hollande spoke by phone Sunday and were “in full agreement on how to handle the situation” created by the referendum outcome.

Both leaders “want the greatest clarity to avoid any uncertainty” after the Brexit vote, said a source close to Hollande.

Merkel and Hollande will hold further talks when they meet in Berlin on Monday for talks that will also include Italian Prime Minister Matteo Renzi.

The German and French leaders will also meet separately with EU president Donald Tusk, for discussions likely to also focus on a plan for reforms to stem the tide of populist anger against the EU.

Hollande stressed on Sunday that France and Germany should take initiative to prevent the loss of the peace and prosperity the EU has brought.

“A friendly country, an allied country with whom we have so many ties has just decided to leave our union, the European Union, which we believed to be indestructible and indissoluble,” he said.

In Brussels on Tuesday, Cameron must run the gauntlet of his fellow leaders who just four months ago backed a deal meant to keep Britain in the EU, and will now be talking to a lame-duck leader who failed to convince his own country to stay.

BRITAIN OUT IN THE COLD

Cameron will “explain the situation in the UK after the referendum” at the EU summit dinner on Tuesday, according to a invitation letter sent by Tusk to the 28 leaders.

European Parliament chief Martin Schulz, who will also be present, urged Cameron to begin the formal proceedings to leave and warned that failure to do so will risk jobs across the bloc.

“Hesitating simply to accommodate the party tactics of the British Conservatives hurts everyone,” Schulz told Bild am Sonntag. “That is why we expect the British government to now deliver. The summit on Tuesday is the right time.”

Triggering Article 50 of the EU’s Lisbon Treaty – which has never been used before – starts a two-year clock ticking on a formal exit arrangement. Britain will also have to negotiate trade deals and other aspects of its future relationship with the EU.

On Wednesday, the other 27 leaders will meet “informally” without Cameron to “discuss the so called ‘divorce process'” and “start a discussion on the future of the European Union with 27 Member States,” Tusk’s letter says.

European Commission chief Jean-Claude Juncker warned at the weekend that it would not be an “amicable” divorce.