Home » Manchet 2 » How Brexit Might Benefit Arabs and Muslims 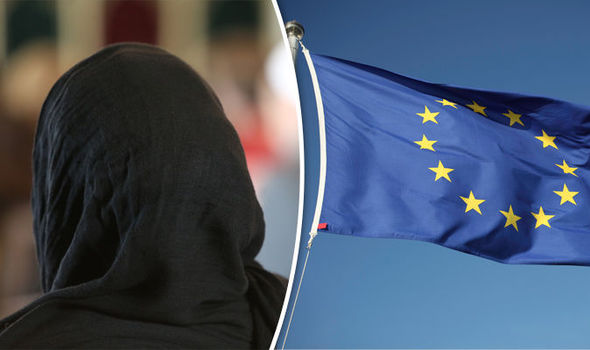 The extreme right in Britain managed to tip the balance in favour of Brexit (leaving the European Union) on 23rd June. Those of us who voted to ‘remain’ awoke to an era of uncertainty, greater societal division and the prospect of both Europe and the United Kingdom itself disintegrating.

When the world’s stock markets opened trading on the morning of the 24th, the main European markets were all flashing red with France and Italy plummeting 10 percent. Clearly international traders perceived a danger to the whole European Market rather than to Britain alone; in London the FTSE index fell 4% as fears that Britain would return to recession were bolstered by Standard & Poor’s saying the UK would ‘almost certainly’ now lose its AAA rating.

Within the United Kingdom, a huge majority in Scotland voted to stay in the EU as did Northern Ireland, with a new independence referendum likely north of the border (enabling the Scots to remain in Europe) and renewed agitation from Sinn Fein in Belfast for Irish re-unification (the South is part of the EU).

The British right led a ‘Leave’ campaign characterized by fear-mongering and intimidation which even saw a young MP murdered on the street by one of its most fanatical supporters. Parties such as the United Kingdom Independence Party (UKIP) – bizarrely led by Member of the European Parliament (MEP) for 17 years, Nigel Farage – worked hard on the inherent racism of sections of the British population, warning that the nation was being ‘flooded’ by immigrants who were stealing their jobs and homes. This deception was most effective in the North East of England, where most people have never even seen an immigrant of any nationality.

The prospect of Moslem Turkey joining the EU was another highly effective red herring, expressed via lurid posters such as the one which showed a British passport like an open door with hundreds of footprints hurrying towards it and the statement, ‘Turkey is Joining The EU (population 76 million’. Turks were characterized by ‘Leave’ campaigners as ‘criminals’ and gun carriers who would be allowed to freely enter the UK. In fact, Turkey is nowhere near joining the EU due to strong resistance from major players like France, which adheres to its vision of Europe as essentially white and Christian.

While Britain’s exit from the EU will undoubtedly cause it some damage in the short term, the Union may ultimately be better off without its truculent island partner which has long exploited the need for unity and cohesion to extract concessions and special arrangements. Margaret Thatcher negotiated a huge rebate in the 1980s; Tony Blair managed to exclude Britain from the Schengen agreement (which removed the need for border controls across the Eurozone while Gordon Brown refused to join the common currency deal (which gave the world the Euro). Under David Cameron, Britain paid only a small share of the rescue deals which bailed out Spain, Portugal and Greece when compared with countries like Germany

When Britain applied to join the EU (then known as the Common Market) back in the 1960s, French President Charles de Gaulle repeatedly used his veto to say ‘non’ to London and warned fellow European leaders that UK membership would hamper progress and ultimately see the Union break apart. His words now seem most prescient. It took three attempts before France, now under Pompidou, agreed to Britain’s accession in 1973 (which was subject to a successful domestic referendum).

Now that it has voted to leave, Britain will be dwarfed on the world stage and lose the position of influence it enjoyed thanks to its power within the world’s largest political and trading bloc.

For we who are Arabs and Muslims, Brexit offers negative and positive outcomes.

The worst impact will be on those of us who live in the UK. Moslems and Eastern Europeans are highly likely to be victims of an increasing number of xenophobic hate crimes.

British Moslems may also face restriction on the freedom of movement they currently enjoy. Possession of a British passport may no longer be enough to allow the bearer to board a plane. Any Brit who does not have white skin and who is of Moslem appearance, whether from an Arab country or Asia may face much greater scrutiny and even interrogation at UK airports. All under the banner of ‘anti-terrorism’.

On the other hand, a diminishing role for Britain on the world stage may enable a fairer debate on the Arab-Israeli conflict. One after another UK government – whether Tory or Labour – has operated under the whip of the Zionist lobby and actively prevented: Israeli war criminals being tried before the International Criminal Court in the Hague; overt criticism of Israeli policy and its persecution of the Palestinians; the establishment of an independent Palestinian State. Britain’s soon-to-be ex-Prime Minister, David Cameron, famously described Israel’s several aggressions on the Gaza Strip as ‘self defence’.

It was Britain’s immense credibility in the international community that allowed Tony Blair to stage manage the invasion of Iraq in 2003. These are all reasons to be glad that Britain has shrunk into a bite-sized political and diplomatic portion in terms of global politics.

Britain is no longer the ‘Great Britain’ of the populist imagination. Those days began to fade with the loss of her colonies and darkened still further with the debacle at Dunkirk. Churchill – a man, ironically, that most Brexit voters would revere, since they believe Britain single-handedly ‘won the war’ – foresaw that the way to keep Britain powerful and the world at peace was to form a political and economic union of the warring countries in Europe after the second world war.

Britain possesses very few natural resources and its access to the world’s markets is now likely to be greatly reduced. Major global players in the city of London have already indicated that they will be relocating to Amsterdam, Brussels, Berlin or Paris.

Brexit Britain is like a deluded elderly film star who dyes his hair and refuses to acknowledge the ravages of time in the mirror. Now he sits, preening and pouting, waiting in vain for the phone to ring.