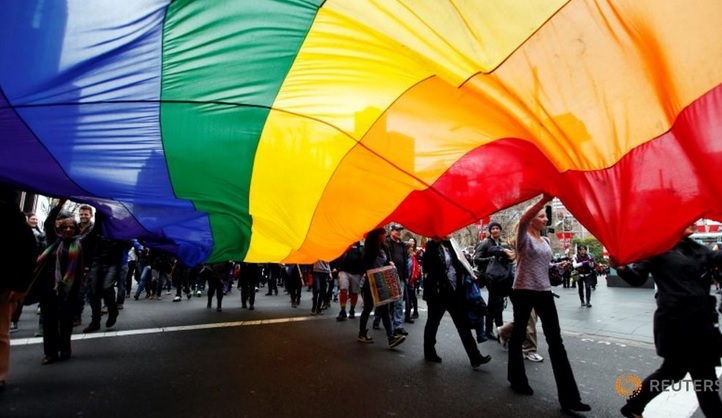 Conservative Australian Prime Minister Malcolm Turnbull supports same-sex marriage and has pledged a public vote on the issue before the end of 2016.

The Labor opposition will skip a public vote and introduce a bill to parliament within 100 days if it wins the election.

Opinion polls say Turnbull’s conservative coalition and Labor are neck-and-neck ahead of the election.

Some dressed up in costumes of former primer minister Tony Abbott, an opponent of same-sex marriage, who Turnbull ousted in a party room coup last September.

Openly-gay Labor candidate Pat O’Neill, who marched in Brisbane, said the election will give the gay community a “voice at the ballot box”, reported Australian Associated Press (AAP).

Greens Senator Larissa Waters told the crowd a public vote was a waste of time. “It’s not going to be binding on their (government) members – what a joke,” said Waters, reported AAP.

Australia has been criticized by international human rights groups over its slowness to act on same-sex marriage. Several countries, including Canada, the United Kingdom, United States, France, New Zealand, Ireland and South Africa, have already amended their marriage laws to recognise same-sex unions.

Australia has seen a revolving door of political leadership in recent years. If Turnbull loses on July 2, the change in prime minister would be the fifth since 2010.