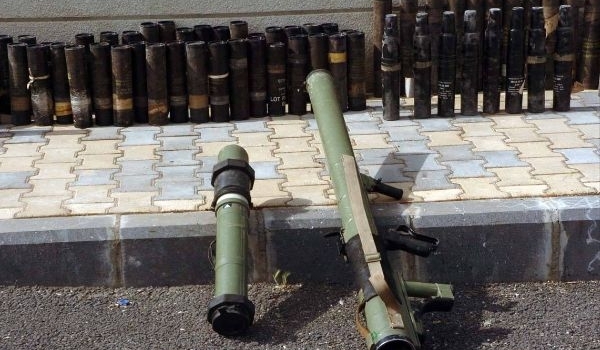 The depot was discovered and destroyed by the Syrian officials after intense intelligence operations, a source said on Thursday (June 23).

He added that the large cache included different types of mid and small US-made machine guns and long-range sniper guns as well as anti-tank RPGs.

In a relevant development in Damascus province on Wednesday, two notorious commanders of Ahrar al-Sham were killed in heavy fighting with the Syrian military troops in Western Ghouta.

The commanders of Ahrar al-Sham were killed near the city of Darayya in Southeastern Damascus.

Also on Tuesday, the Syrian Army troops pushed Ajnad al-Sham terrorists back from a strategic road in Western Ghouta, inflicting major losses on the terrorists.

“Ajnad al-Sham suffered a heavy death toll, including 2 of the group’s military commanders in the failed attacks,” the sources said.