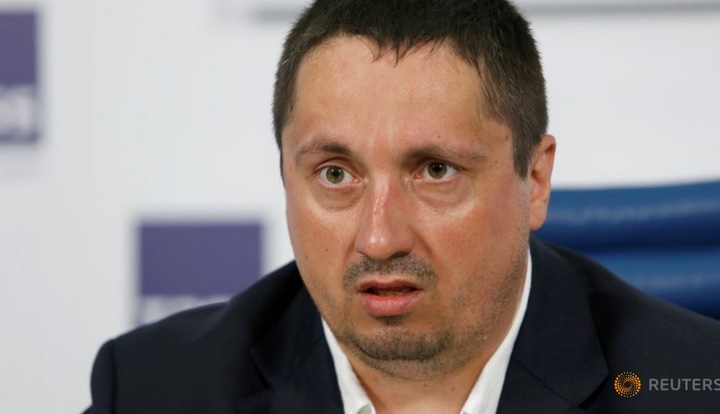 The head of Russia’s football supporters’ association on Thursday (June 23) said Russian fans were the victims of “politicised” treatment at Euro 2016 and blamed French authorities for violence.

Alexander Shprygin said the All-Russian Supporters Association was looking at how to bring home three supporters who were jailed in France for taking part in violence in Marseille on June 11 as England played Russia.

“The main thing for us at the moment is the fate of these guys and we will be putting in all our efforts in order to sort this out,” Shprygin told a news conference at the TASS news agency.

Shprygin said he was in contact with Alexei Yerunov, Nikolai Morozov and Sergei Gorbachev, who received sentences of up to two years.

On June 14, 20 Russian fans, including Shprygin, were detained by police. Most were deported home to Russia.

“This is a politicised history and is just unacceptable,” said Shprygin.

“They said that we went to France with some sort of special mission – not to support the national team – but to carry out illegal things. These are lies and its absurd.”

“Just look at how the fans of Poland and Hungary are behaving at the Euros – they are causing trouble and lighting flares. However, all the attention for some reason is on the Russians.”

After being deported once, Shprygin returned to France for Russia’s final group match against Wales. He was again asked to leave the country and banned from returning until September 20.

“The French government have completely failed in terms of maintenance of security at Euro 2016,” he said.

“Three days before the England-Russia match in Marseille, there were a huge amount of English supporters who were provoking our fans. They were insulting our country, our president and were throwing glasses of beer at us. They were fighting with the locals and the police. On June 11, they fought with Russian fans.

“There were security forces who were armed to teeth standing by. They did not do anything and did not arrest anyone. At the Velodrome, there was a complete lack of security at the entrance to the stadium. You could have brought anything into the stadium,” Shprygin added.

He said his supporters’ association had made mistakes.

“But we also do not want Russian fans to be blamed for everything,” he added. “They are a part of European society just like everyone else.”

Shprygin said the incidents in France should not affect Russia’s hosting of the 2018 World Cup.

“We have another two years in order to change this situation for the better,” he said.