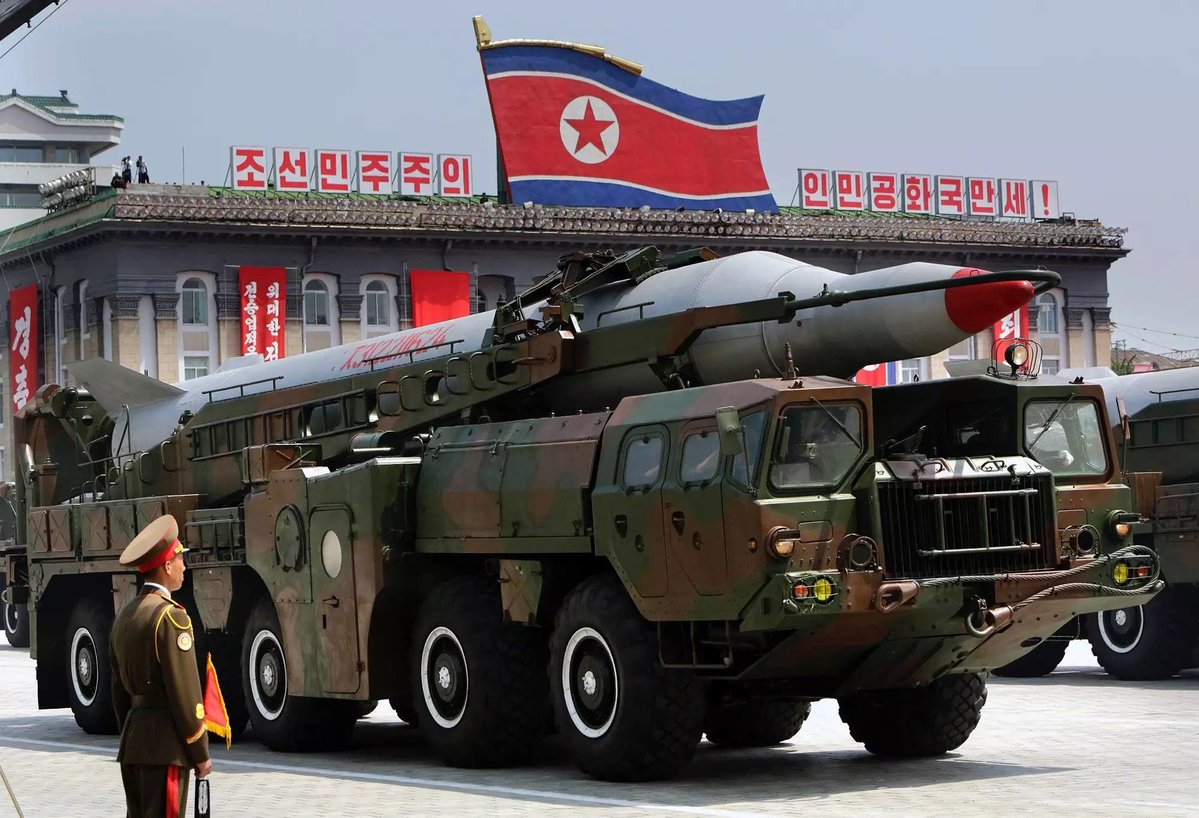 According to KCNA, the country’s leader, Kim Jong Un, watched the launch on the site. The agency quoted him as saying that North Korea now has the capability to attack the Americans in the Asia Pacific region and that the country should build up its offensive nuclear potential to be able to defend its people from the US imperialists.

The DPRK head considers it necessary “to enhance the pre-emptive nuclear strike capability, to research and develop various kinds of strategic weapons.” As a sign of special favor Kim Jong Un has his photograph taken together with the missile launch crew members.

According to KCNA, the test of the missile that covered a distance of 400 km and fell in the designated sea area, “did not pose any threat neighboring countries’ security.” The agency did not specify the date and site of the missile test.

On June 20, a representative of the DPRK National Defense Commission said that North Korea was ready to deliver a strike on the American bases in the region in case of provocations. According to him, the US facilities, including the Anderson Air Force Base on Guam where B-52Hs bombers are deployed and naval bases for nuclear submarines “have long been put into the range of the Korean People’s Army precision strike.”

The statement was issued in connection with calling of the US nuclear-powered submarine USS Mississippi capable of mounting a nuclear attack, at South Korea’s port of Busan on June 13, as well as over the US Air Force strategic exercise on the Guam base that involved the B-52 strategic bombers. Such provocative actions against North Korea, the NDC representative said, “increase the threat of a nuclear war on the Korean peninsula.”

“The current situation confirms the importance of the course for the parallel development of the economy and strengthening of the nuclear deterrent, approved by the Worker’s Party of Korea (WPK),” said the Commission, headed by North Korean Leader Kim Jong Un.

Earlier, the DPRK Foreign Ministry said that the US decision to send to Busan the USS Mississippi submarine, equipped with cruise missiles, “creates a direct threat to the DPRK and the entire region.” It accused the US of a “ceaseless introduction of strategic assets of various kinds to and around the Korean Peninsula” and “making the already unstable situation all the more uncontrollable.” The ministry said the best way to avert a war “is to bolster the DPRK’s nuclear deterrence for self-defense in every way.”

The North Korean statement says that the United States “has started preparations for implementing a plan to deliver a preemptive air strike against the DPRK nuclear facilities and forces” and the American nuclear submarines are constantly cruising in the area of the Korean Peninsula.

The Pearl Harbor-based Mississippi, one of the most advanced submarines in the world, is equipped with torpedoes and Tomahawk cruise missiles. Commissioned in 2012, it is more than 360-feet-long and has a displacement of about 7,000 tons.