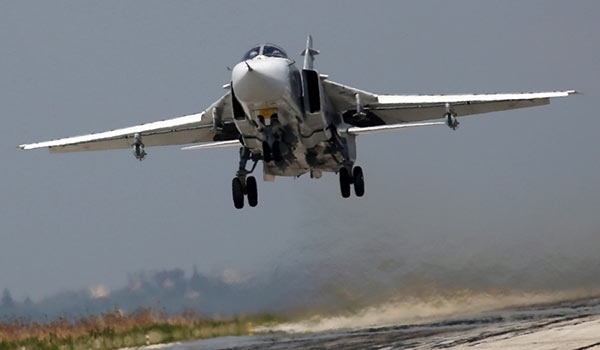 ISIL’s armored vehicles equipped with machineguns were destroyed in the Russian and Syrian airstrikes in al-Tabqa-Anbaj and Anbaj-Abu al-Allaj roads and to the Southwest of Zkiyeh in the Western countryside of Raqqa province.

On Tuesday, the Syrian military forces’ strong defense did not allow the ISIL terrorists to advance in energy-rich areas in al-Rasafeh region South of al-Tabaqa airbase, sources said, adding that the ISIL left behind scores of dead members and retreated.

“The ISIL offensives to penetrate into the government forces’ strongholds in al-Thowrah oilfield and along Ithriya-al-Rasafeh road were repelled by the Syrian army men,” the sources said, adding, “Scores of the ISIL members were killed or wounded in the failed attacks and one of them was captured by the Syrian army.”

Reports said earlier on Tuesday that the Syrian army and popular forces have captured 57 square kilometers of lands in their push towards al-Tabaqa airbase in recent days.

“The Syrian soldiers, the National Defense Forces and other popular fighters, in their anti-terrorism operation along the road connecting Ithriya in Hama to al-Tabaqa in Raqqa province, have thus far liberated 57 square kilometers from ISIL,” the sources said, adding, “The ISIL has suffered a heavy death toll and its military hardware has sustained major damage in the army offensives in the government forces’ offensives in the region.”