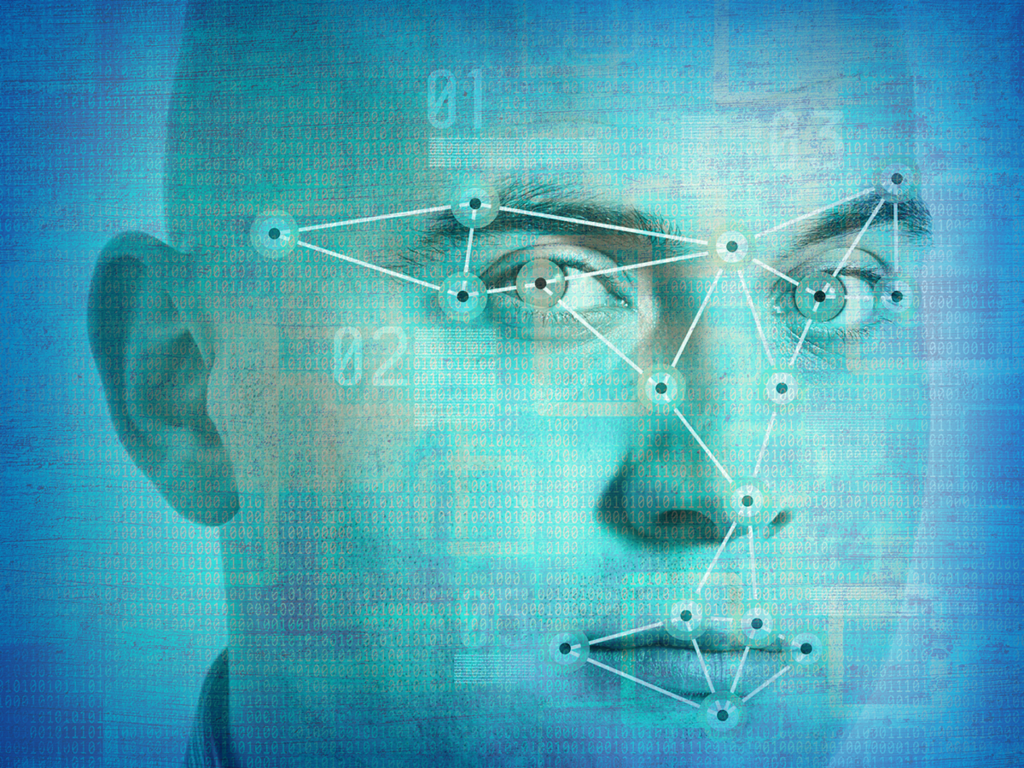 A few months ago, 21-year-old Egor Tsvetko took photos of strangers on the St. Petersburg subway.

Then he used an app to identify their faces.

In a photo series titled “YOUR FACE IS BIG DATA,” Tsvetko showed his pictures from the subway ride alongside matching faces from photos on VK, the Russian version of Facebook. He used a free app called FindFace to track down the matches.

The people he photographed found out about the project like everyone else: by seeing it in the media.

“As a person, I certainly felt some shame,” the Russian photographer told Tech Insider via email when asked why he exposed the identities of people he’d never met. “But in this project, I try on the role of internet stalker.”

Tsvetko’s is far from the only example of FindFace making headlines in Russia.

One software developer used the app to find the names of two women he had taken a photo of six years ago. He called the experience “Shazam for people.”

The creators of FindFace say their app has been downloaded over 600,000 times since February. People have performed over three million searches on the 100 million VK profiles with publicly-listed profile pictures. They claim a 70% success rate at finding matches.

While FindFace remains confined to Russia for now, the facial recognition powering the app may be the best in the world, and might spread as a result.

NTechLab, the small Moscow startup behind the technology in FindFace, beat competition from Beijing University and even Google’s FaceNet algorithm at the University of Washington’s 2015 “MegaFace” competition. (A Google spokesman declined to comment or discuss the company’s facial recognition technology.)

FindFace’s developers claim its algorithm can run on a small fraction of the servers required by competitors like Google. ‘We can work off commodity hardware and we don’t need a big data center to use our technology,’ they say.

In an interview with Tech Insider, NTechLab co-founders Alexander Kabakov and Artem Kukharenko said they have received over 300 queries about using their algorithm from businesses and government agencies in multiple countries, including the U.S. and China. They declined to name who specifically had reached out, or discuss any potential future partners.

“We want to cover all cameras across the world with facial recognition,” said Kabakov, a philosophy major from Moscow State University who acts as NTechLab’s marketing chief. “We see that we are leaders in this sphere.”

Kabakov said his startup, which created the core facial recognition algorithm, will release an online platform this summer for any company that wants to use the same tech powering FindFace. He envisions NTechLab becoming the universal standard for facial recognition in the same way that Google dominates web search.

It’s an interesting contrast from the approach of the big tech companies working on facial recognition. Google can let you search for faces and even specific breeds of dogs, but only in the Google Photos app. Facebook’s Moments app scans photos on your phone, identifies faces, and asks you to share them with those people on Facebook. Apple’s new Photos app in iOS 10 will be able to recognise faces, but it only works on Apple devices.

NTechLab, on the other hand, wants to work everywhere.

FindFace’s branding is far from subtle. It’s clearly marketed as a way for men to stalk women — the app’s website features a female model posing behind the login button.

Kabakov said NTechLab was looking for a way to showcase its algorithm publicly when friends reached out with the idea “to find boyfriends or girlfriends only by photo.”

Examples of FindFace in action, like Tsvetko’s stalker subway photos, have raised concerns among privacy advocates. Ellery Roberts Biddle, who specialises in online privacy and harassment for the non-profit Global Voices, has called the use of FindFace “ethically problematic.”

“Context matters,” she said in a post from April. “A photo of a woman in a pretty dress may seem perfectly innocent in the context of a social network, but when displayed in a series of images presented through a stalker-like lens, the image starts to say something different.”

When asked about the potential privacy ramifications of a tool like FindFace, NTechLab’s Kabakov was dismissive about any moral obligations his 12-person company had to police how its technology is used.

“FindFace is an instrument,” he said. “So of course people with bad intentions can use it.”

“We work like a search engine, like Google,” he said. “We index public information from social networks.”

He pointed to how people on an online forum used FindFace to analyse security footage and identify two men who attempted to burn down an apartment building in St. Petersburg. Their VK profiles were handed over to the police.

Kabakov laid out many other commercial use cases, from facial recognition at border control checkpoints to analysing the gender and ages of people in shopping malls, theme parks, and casinos. A NTechLab spokeswoman said the company is working on a contract with the Moscow city government to help identify criminals through the city’s 150,000 CCTV cameras.

Artem Kukharenko is the CEO and co-founder of NTechLab. He and three other engineers built NTechLab’s facial algorithm in just four months.

For something like FindFace to work outside of Russia, NTechLab would need the participation of other social networks. Facebook would be an obvious choice, but the odds are slim. Facebook recently had to remove facial recognition from its Moments app in Europe and Canada due to stricter privacy laws.

The team at NTechLab sees widespread facial recognition as an inevitable reality — for better or for worse. And they want everyone to have the ability to find someone online, not just governments and big tech companies.

“We see that the advantages for society from our technology are more helpful [than harmful],” said Kabakov. “We can’t stop this process, but we should make it public.