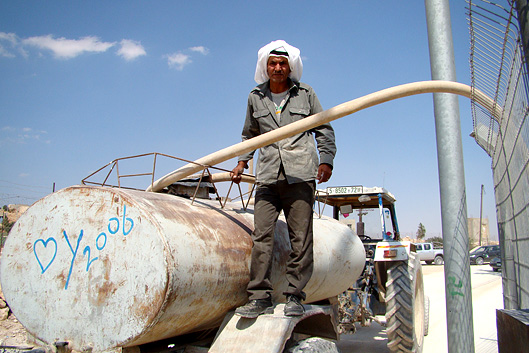 Palestinian residents in the villages surrounding Bethlehem are suffering from a shortage of water as their supply is stolen by illegal settlers living in the area, QudsNet reported on June 21.

Head of Al-Rashaydeh Village Council Fawwaz Rashaydeh said the shortage was caused by the use of settlers in the nearby settlements.

Adding that priority is given to the settlements and Israeli factories and not Palestinian communities.

“At night, the Israeli settlers close the water  supply to the two villages [Al-Rashaydeh and Rawa’en].”

The head of the village council called for the responsible bodies to solve the problem of the two villages, reiterating this is the most important issue for the villages who depend on livestock for their income.