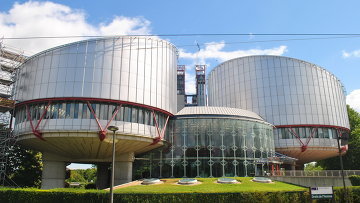 The European Court of Human Rights (ECHR) has ruled that the rights of a Russian national with rectal cancer, who complained about inadequate medical care in detention and about the conditions thereof, were violated, granting the applicant compensation in the amount of 16,500 euros.

According to the judgment published on Tuesday (June 20) with regard to application No. 42526/07, the applicant residing in Russia’s Omsk region, whose name remained undisclosed under Rule 47 of the Rules of the Court, was charged with large–scale bank fraud by abuse of position. After being questioning by the police he was released, but on 1 November 2006 detained by a court in spite of an appeal alleging that the applicant had serious health problems. The detention had been repeatedly extended. In February 2008, Russia’s Supreme Court upheld the detention. However, just a few days after the applicant was released on medical grounds upon a written undertaking not to leave his place of residence.

The application was lodged with ECHR on 1 October 2007. In late November, the court notified Russian authorities that the applicant should urgently have surgery in a specialist hospital and full medical examination. Later ECHR decided to lift the interim measure because the authorities had fully complied with it.

Nevertheless, the Court held that the applicant’s rights were violated under Article 3 on the accounts of the quality of the medical treatment in detention and the conditions of detention on remand, as well as under Article 5 (right to liberty and security).

The applicant requested compensation amounting to 150,000 euros and 7,000 for legal expenses. However the court granted him 16,500 euros and 4,000 euros respectively.