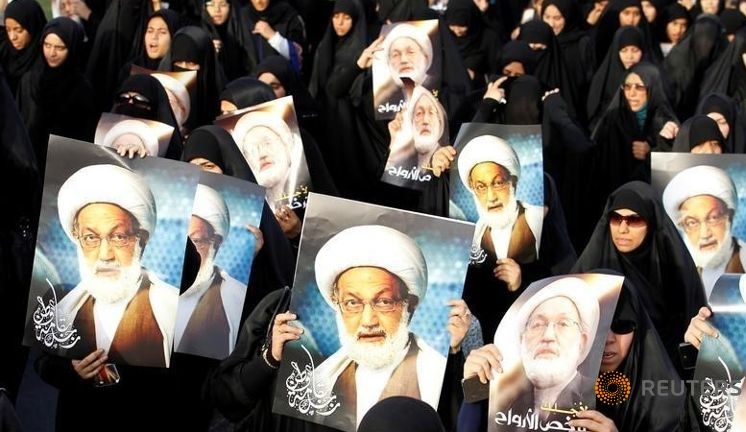 Lebanese party Hezbollah on Monday (June 20) called on the people of Bahrain to express anger at the government’s decision to strip a leading Shi’ite cleric of his citizenship and said it would bring severe consequences to the country’s leadership.

Hezbollah, said the move against Ayatollah Isa Qassim, “pushes the Bahraini people to difficult choices which will have severe consequences for this corrupt dictatorial regime”. It added that it showed the Bahraini government had reached “the end of the road” in dealing with what it called a peaceful, popular movement.

In a statement, Hezbollah called on the people of Bahrain “to express its anger and rage decisively” because it undermined the cleric’s symbolic position.