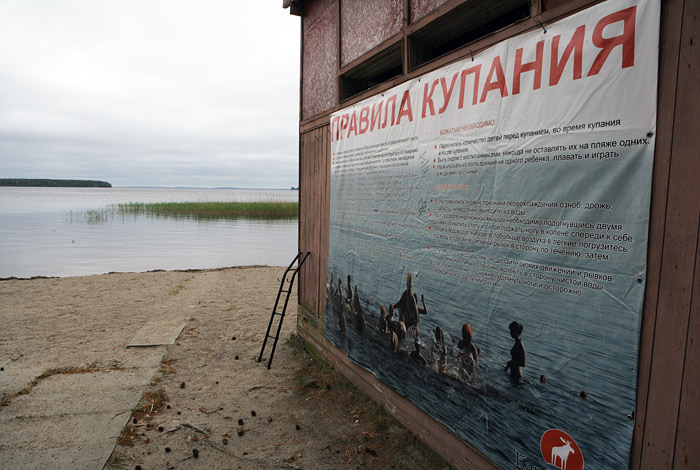 Moscow and Karelia held a day of mourning Monday after 14 children died in a boating accident in Russia’s northern Karelia region on Sunday (June 19).

President Vladimir Putin expressed his “deepest condolences” and instructed the Investigative Committee to find those responsible, the TASS news agency reported Monday. The committee has opened a criminal case in connection with the incident.

Prime Minister Dmitry Medvedev said that the accident was a result of “egregious” criminal negligence, the Interfax news agency reported.

The deputy head of the Education and Science Ministry Veniamin Kaganov said that the camp leaders are responsible for the deaths, as they hired staff without appropriate training.

The Russian football team intended to wear mourning bands during their Euro Cup match against Wales on Monday, but UEFA denied their request.

Five people have been arrested since the incident, including the camp’s director. A group of children was on a rafting trip with four instructors when a storm overturned their boats.

Russian State Duma speaker Sergei Naryshkin called for a thorough investigation into the tragedy, adding that those responsible must be strictly punished, the RIA Novosti news agency reported Monday.

“My thoughts and feelings are with every one of those who encounter this terrible grief today,” Naryshkin said.

Spokesman for the Russian Investigative Committee Vladimir Markin commented on the incident, claiming that the instructors who were supposed to look after the children sought to “save their own skin.”

“How could anyone even entrust them with children’s lives?” Markin wrote on Twitter.

He also claimed that the children sought to convince the instructors not to go rafting due to the “approaching storm,” but the instructors did not listen, the RIA Novosti news agency reported.

Vladimir Petrosyan, head of the Moscow Department of Social Protection, traveled to Karelia to assist with the investigation.

Petrosyan said that the company behind the incident has won a tender for summer camps for three years in a row thanks to their “interesting program,” the Echo Moskvy radio station reported.

“Children really liked this program, and they still do,” Petrosyan said in an interview with Echo Moskvy.

He also said that he met a father of one of the deceased children and claimed that he said “Children must learn how to run, how to jump and how to swim. Otherwise, what kind of children we will give Russia?”