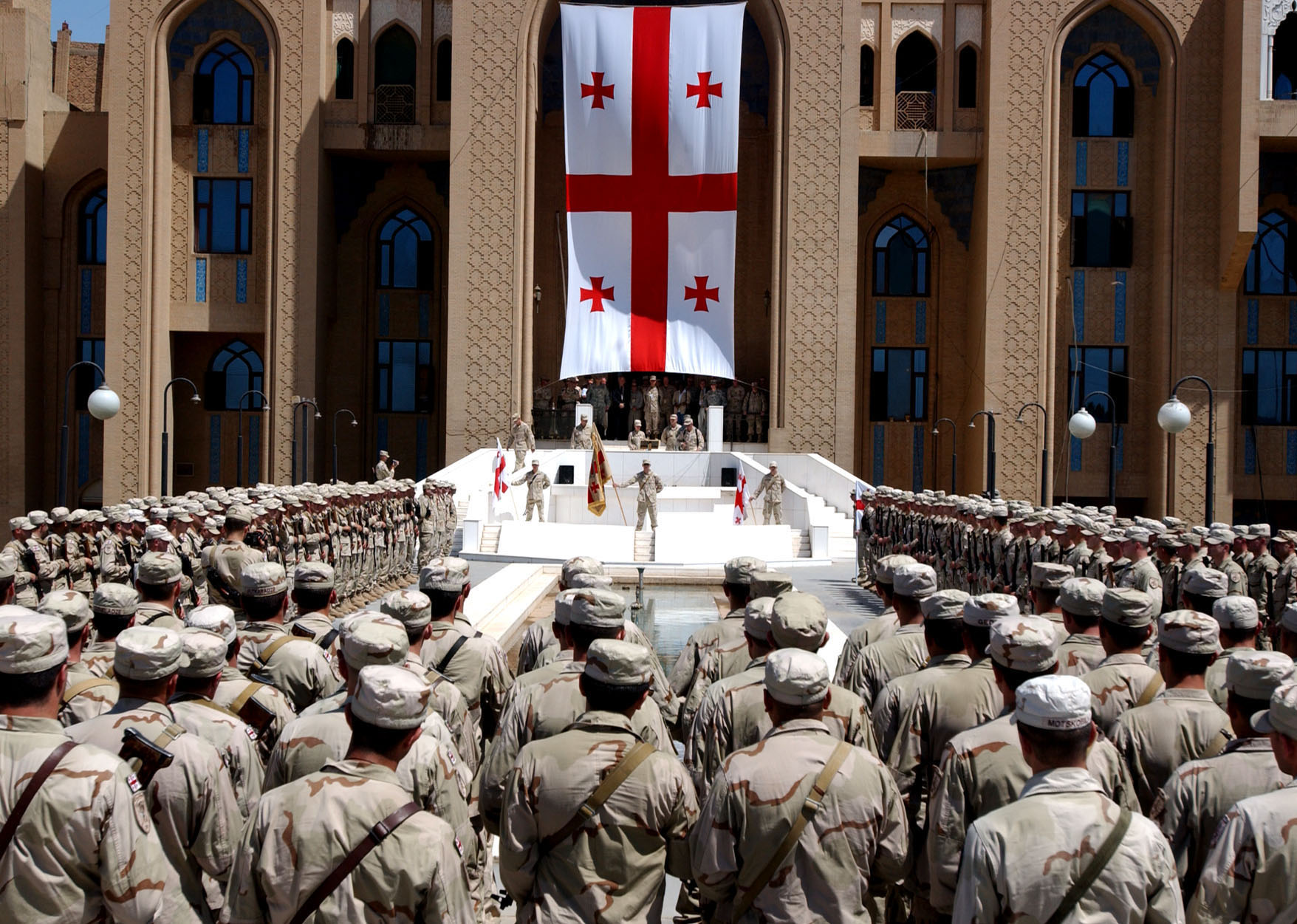 After just under six months in his post as Georgian prime minister, Giorgi Kvirikashvili has the unenviable task of clawing back public support for his party, Georgian Dream, before the next parliamentary election on October 8.

Since it was elected in 2012, the party has plummeted in the opinion polls. Its ratings fell from 42 percent in August 2014 to 18 percent in December 2015. Squabbles and resignations inside the coalition haven’t helped, nor has the fact that ministers are at odds over what policy to adopt toward Russia, which invaded Georgia in August 2008.

When I sat down with Kvirikashvili during his recent visit to Berlin to discuss Georgia’s foreign and domestic priorities, he was adamant about one thing: staying the Euro-Atlantic course didn’t exclude having a relationship with Russia.

“We don’t see any alternative for ensuring long-term stability for Georgia to joining this Euro-Atlantic family of countries,” he said. “It’s not only the military dimension that attracts us to this family. There are also common values of democracy and freedom, which incentivize us to continue very important reforms that will transform the country into a European country. Nothing can derail us from this track.”

Even though NATO, at its summit in Warsaw on July 8–9, will not grant Georgia a Membership Action Plan, which would put the country on the irreversible path of joining the military alliance, Kvirikashvili says Georgia is not in a security vacuum. He is even sanguine about NATO’s stance when compared with Georgia’s defense minister, Tinatin Khidasheli.

“I think the fact that Montenegro is joining NATO is a very good thing,” Kvirikashvili explained. “It shows that the open-door policy is in place. I think the only thing we have to do is to stay very consistent on this road, to continue cooperation with NATO. We hope that the Warsaw summit will result in a broader cooperation package with NATO that will allow us to strengthen Georgia’s defense capabilities. And I think that someday in the future, the window of opportunity will be open for Georgia.”

In the meantime, Kvirikashvili will continue his dialogue with Russia, a controversial policy but one motivated by realpolitik. “[The war in] 2008 was a very traumatic event that brought Russian military bases back to Georgian soil. Two of our historic territories are occupied. Of course it undermines the security of the South Caucasus,” Kvirikashvili said.

“But I think that with a peaceful and constructive approach with the help of our international strategic partners—and again, being very constructive because we understand there is no military solution to this conflict—we will be able to first of all restore justice. This is also about rebuilding trust between the countries, including rebuilding trust with the Russians.”

Talking to Russia was not something that the former governing party, the United National Movement, and Georgia’s former president Mikheil Saakashvili ever considered.

“We do not see any alternative to talking with [Russia],” Kvirikashvili argued. “We have informal formats of negotiations. But these cannot compromise our strategic values of territorial integrity and sovereignty. We understand all the difficulties of the situation that we are in right now. And this started after the restoration of Georgia’s independence [in 1991]. Of course, the main reason was for Georgia to be sovereign, to move toward democratic standards, toward the EU, toward NATO. But a row of mistakes was made by everybody. The fact that we are now facing occupation challenges, that we face a series of violations of human rights in the occupied territories, tells us that we need to find any potential way of restoring relations with Russia. Again, this can only happen with the respect of Georgia’s sovereign decisions [including] which club we want to belong to, on the basis of territorial integrity.”

Kvirikashvili does not support what he called “hostile rhetoric,” which was clearly a reference to Saakashvili’s virulent anti-Russian stance when he was president from 2004 to 2013. “The least we can do is to avoid hostile rhetoric. It is very important to express and communicate messages to Russian politicians that Georgia does not want membership of NATO or reforms [that would make Georgia] an enemy of Russia. We want to restore relations. We want to restore normal relations. And again, for this, we would need to follow our own path.”

But what about the EU now procrastinating over allowing Georgians to travel without visas to EU member states? This was promised after the ratification by both sides of an agreement to create a Deep and Comprehensive Free Trade Area (DCFTA), which was signed in 2014. Indeed, the hope is that the DCFTA will boost the Georgian economy, spur employment, and encourage the government to press ahead with more structural and financial reforms. Kvirikashvili dimissed suggestions that the pace of reform had slackened, that corruption was returning, and that unemployment was increasing. Saakashvili’s party, he said, was behind such claims. “We are managing to retain a very healthy growth,” he stressed.

Meanwhile, Germany and France now want a suspension mechanism that would allow any EU country to block the visa-free arrangements. Kvirikashvili, who met German Chancellor Angela Merkel on June 15 in Berlin, said he understood very well the circumstances behind the delay.

“Unfortunately, the broader context in the European Union is quite challenging. Europe faces the challenge of the migrant crisis, the UK referendum [on EU membership], and also terrorist threats. I think we need to understand our European friends. In order to become a member of the family, you need to understand each other’s problems, including the internal problems of the member states where making these kinds of decisions can be very sensitive. There are some delicate issues that we need to understand. This is why Germany and France came out with a new initiative to put in place a snap-back mechanism to give the policy response to those sensitivities. It’s a domestic issue. We understand this issue. It has nothing to do with the technical requirements that have been completed by Georgia.”

For Kvirikashvili, it is only a matter of time before visa-free travel will be introduced. “We may have to wait a couple more months to put in place the snap-back mechanisms and then, hopefully, in September the final decision will be made by the European Parliament,” he said.

But will that be enough for Georgian Dream to be reelected in October?