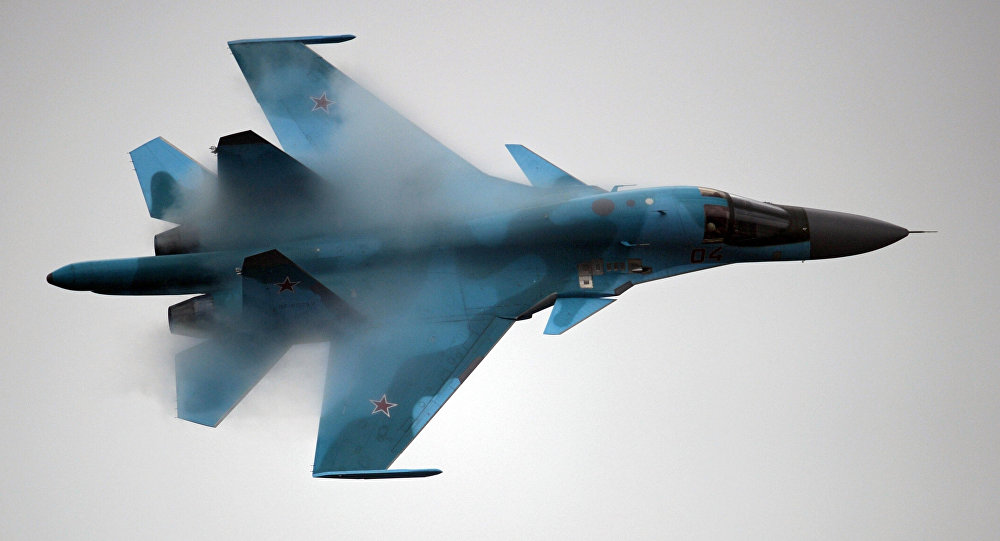 US jets fail to stop Russian bombers over Syria

The close encounter occurred on June 16 in southern Syria near the border with Jordan, when at least two twin-engine Su-34 bombers allegedly attacked nearly 200 militants in what was described by the Pentagon as a “border garrison,” the Daily Beast reported Monday (June 20).

The US military tried to repel the attack by scrambling F/A-18 fighters to intercept the Russian aircraft, according to the Los Angeles Times.

According to the Times, the Su-34s left the area at first but returned and bombed the militants again after the F/A-18s reportedly ran low on fuel and went away to link up with an aerial tanker.

Following the attack, the Pentagon said the militants had been engaged in “counter-ISIL operations in the area” near al-Tanf on the Syrian side of the Jordan border.

The US military officials said the militants belonged to the New Syrian Army, which has been trained by the United States and United Kingdom. They added that Iraqi tribal fighters were also attacked by Russians.

The officials “expressed strong concerns about the attack on the coalition-supported counter-ISIL forces at the At-Tanf garrison, which included forces that are participants in the cessation of hostilities in Syria,” Pentagon Press Secretary Peter Cook said.

Senior US and Russian military officials organized an “extraordinary” video conference the next day, in order to discuss the incident.

The US Central Command – overseeing the US-led coalition’s attacks against alleged Daesh positions in Syria and Iraq – refused to disclose how close the fighters came to armed encounter, saying that the rules of engagement are “specifics that we don’t get into.”

The last time a Russian warplane was downed by an American one was in 1953, over Korea or China.

However, the last time Russia or the Soviet Union shot down a US aircraft was in 1970, when a US Army plane was shot down over Armenia.