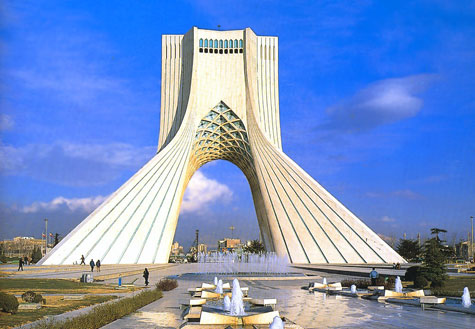 The Iranian intelligence ministry announced that the country’s security forces have defused several suicide and terrorist attacks in different provinces, including Tehran.

“One of the biggest terrorist plots of Takfiri Wahhabi groups was thwarted” in recent days, the intelligence ministry said in a statement on Monday (June 20).

The statement added that the Takfiri terrorist groups had plotted imminent bombings in different parts of the country, including Tehran and a number of other provinces, during the religious ceremonies in the holy month of Ramadan.

The ministry ensured that all these have been foiled by the country’s security and intelligence officials.

“The terrorists have been apprehended and a number of ready-to-explode bombs and a large amount of explosive materials has been discovered and seized from them,” it said.

Given the continued field investigations in and outside the country and interrogation of terrorists that is currently underway, more information will be released in future, the statement added.

Shamkhani reiterated that the terrorist suspects were arrested over past few days, and said, “The attacks were planned for the holy month of Ramadan.”

“Wherever it may occur in Iran, any suspicious move will be swiftly detected; this is thanks to the presence of the capable and experienced security forces,” he said.

“Two terrorist teams affiliated to the anti-revolutionary grouplets who wanted to pass through the Oshnavieh bordering areas to conduct sabotage and terrorist acts (in Iran) were identified and attacked by the IRGC forces stationed at the IRGC Ground Force’s Hamzeh Seyed al-Shohada base,” Pakpour said.

Noting that 12 terrorists were killed after hours of clashes with the IRGC forces, he said the operations to chase and clash with the terrorists to annihilate their remnants still continue.

Three IRGC members were also martyred in the clashes, he added.

In a relevant development last Monday, the IRGC announced in a statement that “a 5-member terrorist group affiliated to the PJAK was disbanded in Sardasht region in the Northwestern parts of the country in the precise intelligence and reconnaissance operations of the IRGC Ground Force”.

All the 5 members of the terrorist cell were killed during the operations conducted by the IRGC forces at Hamzeh Seyed al-Shohada base, it added.

Noting that a large number of weapons, ammunition and documents have been seized from the terrorist group, the statement said that two of the slain terrorists were the culprits who martyred two Basiji (volunteer) forces last month as well as an engineer helping the people in the region with constructional works.

After the statement, Pakpour announced that his forces have killed a commander of PJAK terrorist group along with 4 of his comrades in Northwestern Iran.

“5 members of PJAK terrorist grouplet were killed in intelligence operations in the Northwestern parts of the country,” Pakpour told FNA.

Stressing that no members of the terrorist group could escape from the region, he said, “One of the slain terrorists was a PJAK commander in the region.”

Pakpour said that during the operations, a number of light weapons were seized by the IRGC forces, adding that the terrorist group was behind the killing of several people in the region.