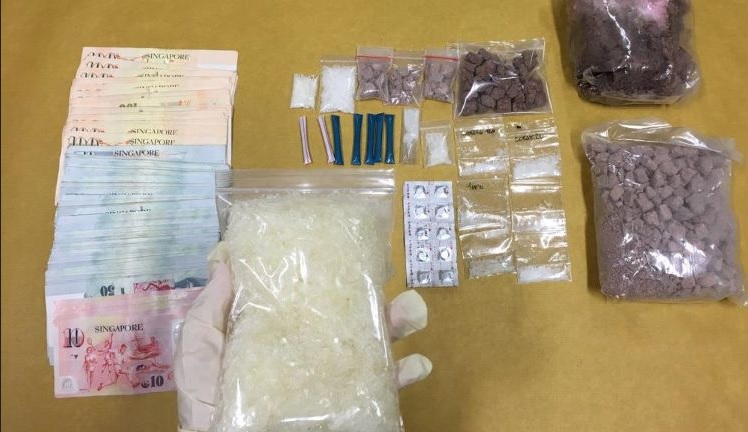 Central Narcotics Bureau (CNB) officers seized about 1.1kg of heroin, and 150g of ‘Ice’ in an operation on Friday (Jun 17). The drugs are estimated to be worth more than S$100,000, CNB said in a media release on Saturday.

Officers were deployed to the area around Anchorvale Road on Friday to look out for a suspected drug trafficker, a 38-year-old Singaporean female. According to CNB, she was suspected to be receiving a consignment of drugs from her accomplice, a 39-year-old foreigner.

The accomplice was arrested in the vicinity of the suspected drug trafficker’s hideout, and had more than S$15,000 of cash seized from him, according to CNB.

Officers then raided the hideout, and arrested the suspected drug trafficker. The heroin and ice, as well as a slab of Erimin-5 tablets, as well as over S$20,000 in cash were recovered.

Investigations into the drug activities of all suspects are ongoing, CNB said. Those convicted of trafficking in more than 15g of heroin could face the death penalty.